Ramaphosa condemns attacks on foreigners as anti-immigrant sentiment flares up. 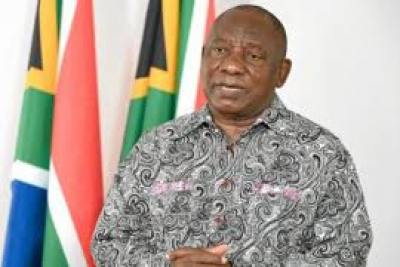 President Cyril Ramaphosa has warned South Africans against taking the law into their own hands as anti-immigrant sentiment again flares up in the country.

Writing in his weekly open letter to the public, Ramaphosa said it is deeply disturbing how the recent incidents of anti-foreigner sentiment echo the country’s apartheid past.

"We have seen people being stopped on the street by private citizens and being forced to produce identification to verify their immigration status. We have seen some political leaders making unscientific statements about immigrants to exploit people's grievances for political gain.

"We have seen marches being led on people's homes and their dwellings raided for evidence of criminal activity. We have seen people being attacked, hurt and even killed because of how they looked or because they have a particular accent. This was how the apartheid oppressors operated."

Ramaphosa noted that crime is a serious problem in South Africa and it affects all communities. He added that people are justifiably tired of living in fear of criminals.

"Contrary to what is claimed by some anti-immigration groupings and individuals, the perpetrators of crime are both black and white, male and female, foreigner and citizen. Crime, not migrants, is the common enemy we must work together to defeat.

"We cannot defeat crime through incitement, violence, intimidation and vigilantism aimed at foreign nationals, and specifically nationals from other African countries."

Ramaphosa acknowledged that many communities are frustrated by the apparent inability of the police to deal with criminals.

"Among the measures we are taking to capacitate the police is the recruitment of an additional 12,000 additional police officers.

"We are also re-establishing community policing forums (CPFs) across the country. These forums bring communities and police representatives together to improve local safety and hold police accountable. Communities need to work with the police by actively participating in CPFs and reporting suspected acts of criminality."

He added that controlling migration is the responsibility of the government.

"Attacking those we suspect of wrongdoing merely because they are a foreign national is not an act of patriotism. It is immoral, racist and criminal. In the end, it will lead to xenophobia, whose consequences we have lived through in previous years. We do not want to go back there because, in the main, the people of South Africa are not xenophobic."

More in this category: « Zandile Gumede wins ANC eThekwini leadership race. Zandile Gumede's win seen as a blow to Ramaphosa and ANC renewal. »
back to top