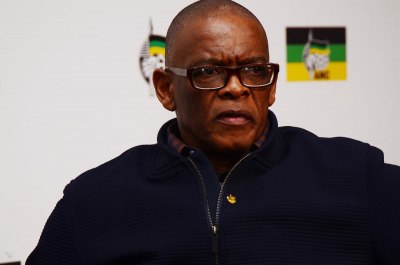 Suspended ANC secretary-general Ace Magashule is set to approach the Supreme Court of Appeal in a bid to have his corruption charges scrapped.

Magashule is challenging a judgment by the Free State High Court to dismiss the asbestos corruption charges against him.

The lower court ruled against him at the end of last month.

In court papers filed on Thursday, Magashule said he intended to approach the Supreme Court of Appeal to apply for leave to appeal against the entire judgment and order.

Magashule said that the High Court erred in its decision.

He had asked the High Court to find there was no prima facie case against him that, "... could sustain a successful prosecution".

Magashule, business man Edwin Sodi and their co-accused have been charged with fraud, corruption, theft, and money laundering, among other charges, linked to a R255 million contract for the assessment and removal of asbestos from roofs and/or housing in some of the Free State's poorest areas.

That 2014 contract, the State alleged, would be defined by rent-seeking and corruption and would ultimately result in two subcontracted companies being paid R21 million to do the work, which was never actually completed. The rest of the money was allegedly pocketed by the accused.

Magashule argued that Judge Soma Naidoo failed to deal with the State's striking out application concerning certain portions of the applicant's founding and replying affidavits.

"Counsel for the applicant made submissions to dismiss the state's striking out application, yet the order and judgments are silent in this regard."

Another complaint from Magashule included that the Advocate Johannes de Nysschen, the prosecutor assigned to the case, initially claimed that his former PA Moroadi Cholota was a State witness against him, but she was later declared an accused.

He said that it was also discovered that the State did not have a signed statement by Cholota.

Magashule claimed that Cholota was misled into believing that she had no choice but to be a State witness in an email sent by De Nysschen.