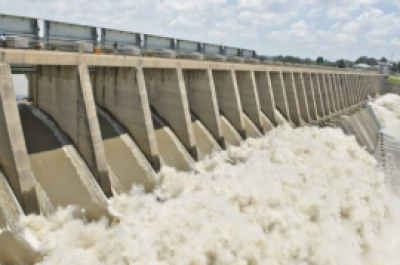 The Department and Water and Sanitation will on Tuesday open five sluice gates at the Vaal Dam due to the recent downpours.

Department spokesperson Sputnik Ratau said as of Tuesday morning, the inflows were at 1065.67 cubic meters per second, with the Vaal, which supplies most parts of Gauteng, standing at 110.5%, while Bloemhof Dam is at 106.9%.

"There are further recommendations from the department's hydrology experts that there be releases from Bloemhof Dam, which is downstream of the Vaal Dam.

Water to be released from Hazelmere Dam

In KwaZulu-Natal -- which is also at a critical level, with much localised flooding being experienced -- Ratau said a decision has been reached for Umgeni Water to release water from Hazelmere Dam, which is located to the north of Durban.

"The level in the dam has overnight reached beyond 65% and will be reduced to 53%. This is necessitated by the ongoing work to raise the dam wall. Therefore, the reduction to 53% or lower is a safety measure as work continues, "Ratau said.

Ratau warned downstream communities about the imminent increase of outflow from the dams.

"Residents are warned to steer clear of dam areas. Communities with equipment in and near the dams are asked to remove them so as to ensure that no damage is caused," said Ratau.

More in this category: « Cogta in KZN urges residents to be cautious amid heavy rains. Babita Deokaran murder trial postponed to 22 July. »
back to top