At least 45 dead as Kwazulu/Natal reels from heavy flooding. 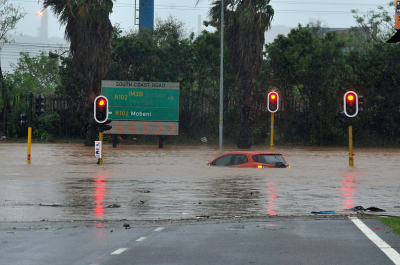 The KwaZulu-Natal Department of Co-operative Governance and Traditional Affairs (Cogta) on Tuesday confirmed that at least 45 people had died as a result of heavy downpours and flooding across the eThekwini metro municipality.

In 2019, similar flooding claimed the lives of 85 people.

Cogta MEC Sipho Hlomuka said disaster management teams were working to assist residents who had been trapped as a result of the inclement weather conditions.

"The provincial disaster management centre is working with the SA National Defence Force and other stakeholders to provide aerial evacuation for those that are trapped including teachers and learners in Tholulwazi Secondary School in Molweni, Durban."

A number of interventions are being rolled out by the Provincial Government which are spearheaded by the Premier of the Province Sihle Zikalala together with his executive, Zandile Gumede, MPL, Mayors and Councillors this includes visits to affected areas to lead relief efforts. Disaster Management teams and law enforcement agencies are working together with social partners to provide relief to affected communities.

eThekwini Mayor Mxolisi Kaunda on Tuesday afternoon, said the storm was different to previous ones experienced in the province.

"This storm is all over the city. So, we are working tirelessly with all our multi-disciplinary teams to clear the infrastructure - the roads that have been blocked as well as our own infrastructure of water and electricity, which is interrupted."

"We are working with communities, different stakeholders, businesses, and churches to try to ensure that we become more responsive, especially to those communities that are really in need during this period."

Kaunda has also given an update on the impact on services.

"Most of the city's electricity power stations have been flooded and our teams were unable to access them last night but they started working on these facilities in the early hours of the morning."

Humanitarian aid group Gift of the Givers said their teams were on the ground and assisting residents in affected areas.

The organisation's Imtiaz Sooliman said the team had also visited a family in Tongaat where a woman and three children had been washed away.

Sooliman said three bodies had been found, but one child was still missing.

"There is substantial destruction in the area. Visits will be conducted in Phoenix and areas from where calls of desperation come through. We are awaiting reports from team members in Stanger and South Coast and JOC Disaster Management."

Sooliman said the "need of the hour is huge", but that various corporates had offered support to stricken communities.

"With all our troubles, frictions and challenges, this is indeed an incredible country where the spirit of Ubuntu always takes centre stage and reigns supreme."

Sooliman said hot meals, blankets, bottled water, warm clothes, sanitary pads and diapers were the immediate requirements for those in low-lying areas who had lost their material possessions.

Food parcels, school uniforms and stationery would be provided where the need arose. Building material would also be considered, as well as repairs to damaged school infrastructure.

More in this category: « Motorists given final extension until 5 May to renew their expired driving licence. Parliament clears Zweli Mkhize of contravening its Code of Ethics. »
back to top