Parliament clears Zweli Mkhize of contravening its Code of Ethics. 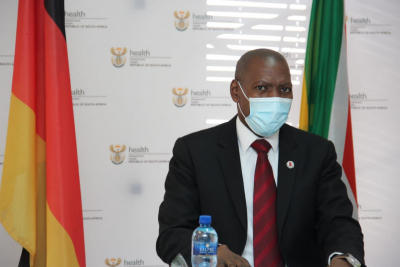 The Executive Ethics committee says he cannot be held liable for his adult son benefiting from Digital Vibes contract.

The committee also finds that Mkhize did not personally benefit from Digital Vibes.

It added that the matter has now been closed.

Also on Tuesday, the committee released the Register of Members' Interests for 2022.

Mkhize did not declare owning the Bryanston property in question. He disclosed four properties, all of which were in KwaZulu-Natal. He also disclosed that he received a Huawei P smartphone, to the value of R1 500, from the Chinese ambassador.

"It is deeply disappointing that the ethics committee would arrive at the conclusion that the alleged funnelling of money to the former health minister's son isn't a violation of the ethics code," Gwarube said.

"The application of sections of the code were applied so narrowly that it excludes the minister's son as an unduly beneficiary on the basis that he's an adult and not dependent on Mkhize financially. This finding is seemingly at odds with the spirit of the code and provisions of it by this narrow application," she added.

The Special Investigating Unit (SIU) report into the Digital Vibes scandal not only detailed how it was unlawfully awarded a R150 million communications contract - with the tender process reportedly set up to favour the company - but also revealed that it had failed to pay taxes.

The report found that "during the period 29 January 2020 and February 2021, the National Department of Health (NDoH) had paid a total amount of approximately R150 million to Digital Vibes, which was deemed to be irregular expenditure; and that the NDoH had incurred fruitless and wasteful expenditure of at least approximately R37 million in respect of payments made to Digital Vibes (sic)".

Digital Vibes is a media company appointed by the department to run its National Health Insurance (NHI) communication campaign and later its Covid-19 media communications strategy.

The long-awaited report also found that former health Mkhize lied to the nation, failed in his oversight duties, and was clearly conflicted given the irregular appointment of his friends for the contract.

The media company is owned by Tahera Mather and Naadhira Mitha, who the report lists as "close associates" of Mkhize.

The report stated that on 15 July 2019, Mkhize sent a WhatsApp message to Precious Matsoso, then-director-general (DG) of the department, telling her to sort out the NHI contract with Digital Vibes.

More in this category: « At least 45 dead as Kwazulu/Natal reels from heavy flooding. In Pictures: Heavy rains wreak havoc in Kwazulu/ Natal. »
back to top