Eskom extends load shedding for the rest of the week. 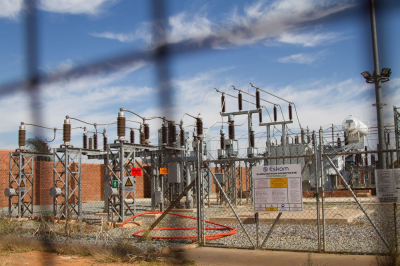 Embattled power utility, Eskom has announced that load shedding will be extended until Friday morning (15 April).

In a statement on Tuesday evening, the power utility said the extended power outages were necessary due to reduced capacity adn extended delays in brining ower generating units back online.

"Eskom regrets to inform the public that the implementation of Stage 2 load shedding will be extended to Wednesday night from 17h00 until 05h00 and at the same time on Thursday night. Load shedding will then be suspended at 05h00 on Friday."

"A single unit that had tripped at Lethabo Power Station this morning has returned to service this evening. This unit, however, will take some time to reach full production."

The power utility said it currently has 4,804MW on planned maintenance, while another 15,300MW of capacity is unavailable due to unplanned breakdowns.

"We are managing the emergency generation reserves to limit the stage of load shedding. The overnight load shedding will be used to replenish the dam levels at the pump storage power stations.

"Eskom would like to apologise for the implementation of load shedding and would like to reiterate that load shedding is implemented only as a last resort in order to protect the national grid. We will communicate should there be any significant changes to the supply situation."

More in this category: « In Pictures: Heavy rains wreak havoc in Kwazulu/ Natal. Cyril Ramaphosa to visit flood-stricken KZN as death toll rises. »
back to top