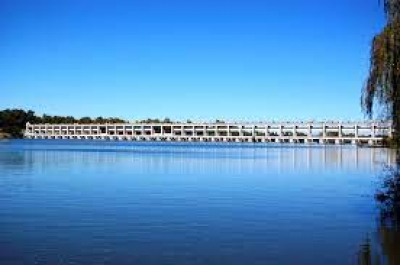 The Department of Water and Sanitation has cautioned faith-based communities to avoid water bodies during the coming Easter weekend.

During the Easter holidays, people of different faiths traditionally go to the rivers to perform religious activities, including baptism, amongst others.

Department spokesperson, Sputnik Ratau, said this practice has proven dangerous in most cases, as the department has been alerted of incidences of drownings in the past.

Ratau said the recent downpours in some parts of the country will make it even more dangerous to conduct such religious practices, as water levels in certain rivers have increased sharply.

"While we respect people's religious beliefs, it is equally our responsibility as government to alert everyone about the danger associated with baptism in raging rivers, particularly during this period.

"Being religious should not lead to deaths of innocent people. The safety of everyone is our priority, therefore, we encourage everyone to find alternative ways of baptism to ensure safety," Ratau said.

He added that the current rainfall in many parts of South Africa is expected to continue, and water levels in rivers and dams are equally expected to raise sharply.

"The dams and rivers have undercurrents, and it is dangerous to step into water when one does not know the depth of the water. Both these unknowns are very dangerous and can cause fatal injuries, coupled with the fact that there are floating objects that cannot be seen," Ratau emphasised.

As holidaymakers will be travelling to different parts of the country to take a break from economic activities, Ratau urged travellers to act responsible and avoid visiting the dams under the influence of alcohol.

"The department will continue to monitor all its dams and release water where necessary to relieve pressure off the dams, thus ensuring safety of those living downstream," Ratau said.

More in this category: « Fire that erupted at Eldorado Park substation has been contained. SAHRC to monitor government’s humanitarian aid in KZN. »
back to top