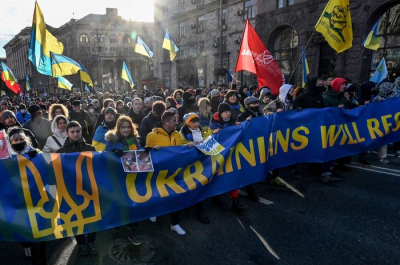 More than five million people have fled Ukraine since the Russian invasion began on February 24, according to the latest UN statistics.

Friday's figures from the UNHCR were up 59,774 on those issued Thursday.

More than 2.7 million Ukrainian refugees – nearly six in 10 who have left since the war began – have fled to Poland. More than 725,000 reached Romania.

UNHCR figures show nearly 645,000 Ukrainians fled in February, with nearly 3.4 million doing so in March and more than 760,000 leaving so far this month.

Women and children account for 90 percent of those who have left Ukraine, with men aged 18 to 60 eligible for military call-up and unable to leave.

Of that, 289 people evacuated from the besieged southern port of Mariupol by their own transport, Vereshchuk said in an update over the Telegram messaging app.