11 killed in N1 crash between Beaufort West and Leeu Gamka. 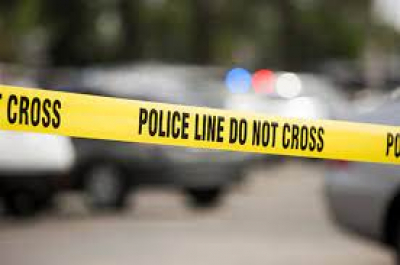 Eleven people have died after a bus and minibus collided on the N1 near Leeu Gamka in the Western Cape on Good Friday.

The Western Cape Transport Department said another 13 people were injured in the crash on Friday.

The Road Traffic Management Corporation (RMTC) said the taxi, which it believed was headed for the Eastern Cape, had stopped on the side of the road to deal with a tyre-related problem.

It's alleged that the bus, which was travelling from Beaufort West towards Cape Town, collided with the stationary taxi.

The RTMC's Simon Zwane said, "We have sent a team of investigators to the Western Cape. The exact cause of the accident is unknown but investigations will reveal what really happened immediately prior to the accident."

Major crash on the N1 at Leeu Gamka, 11 fatalities, It is alleged that the Minibus suffered a tyre failure. The Bus, travelling from Beaufort West side towards Cape Town, drove into the Minibus. Recovery and rescue operations are still underway. pic.twitter.com/hhHg9g0DaX

"We encourage all those who will be traveling this weekend to practise good driver behaviour, comply with the rules of the road, stay within the legal speed limits and observe adequate rest periods during travel in order to avoid fatigue," he said.

The provincial traffic department had a number of interventions planned to promote road safety.

Premier Alan Winde added: "It is important that we take every measure to promote safety on our roads over this period. Doing so will ensure that we reduce pressure on our healthcare system and save lives.

More in this category: « Ramaphosa urges Good Friday prayers for KZN flood victims. Government pledges at least R1bn for rebuilding homes in KZN. »
back to top