Government pledges at least R1bn for rebuilding homes in KZN. 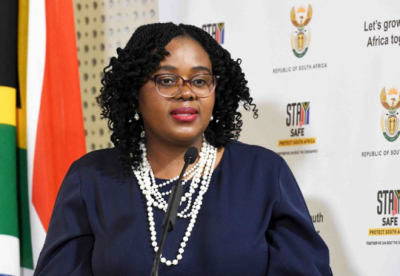 The Minister of Human Settlements, Mmamaloko Kubayi-Ngubane has announced a R1bn injection for Kwazulu Natal to help the province's recovery from the devastating floods this week.

More rain is expected over the flood-ravaged province this weekend, and this is expected to compound the massive clean-up operations that are underway.

Kubayi-Ngubane led a delegation to KZN on Friday for a first-hand assessment of the devastation.

She said afterward that the Department of Human Settlements had "reprioritised funding to give the KZN Province access to R1bn that will, among others, assist in commencing repairs of partially damaged houses and to provide about 4000 temporary shelters to families whose houses have been completely destroyed."

Kubayi-Ngubane said preliminary assessment reports from the KZN Department of Human Settlements indicate that more than 13 500 households have been affected, just over 3927 houses destroyed, and 8097 partially destroyed.

The Minister said the Province can tap into funding from the 2021/22 financial year in the amount of R539 million from the Urban Settlements Development Grant recently allocated for the upgrading of informal settlements.

Kubayi-Ngubane said discussions were underway to request that this money be reprioritised to address the current disaster.

Meanwhile, Transport Minister Fikile Mbalula has indicated that the rebuilding of bridges and roads that are vital for economic activities in KZN would be prioritised.

This will cost billions of rands, according to the minister.

"There has been substantial damages in most parts of the Sanral road network. The preliminary report from the province have been estimated to R5.7 billion. The actual costs will be determined once the detailed estimation have been completed," he said during a media briefing on Friday.

"At least 300 [kilometres] of rail and formations has been impacted either by being submerged under water, covered by mud slides or even support foundations and bridges washed away," Mbalula added.

The national Department of Cooperative Governance and Traditional Affairs (Cogta) has declared KZN as a provincial disaster area. This is after the magnitude and severity of the impact of the floods in various parts of the province was assessed.

More in this category: « 11 killed in N1 crash between Beaufort West and Leeu Gamka. Motsepe Foundation donates R30m to assist victims of floods in Kwazulu Natal. »
back to top