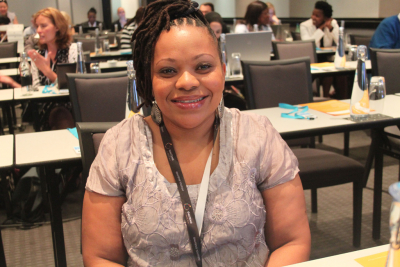 Tributes have begun to pour in for the late Mandlakazi Skefile, who was Chairperson of the Mandela Bay Development Agency.

Skefile,47, died in the early hours of Friday morning, the entity confirmed.

She was a prominent figure in the development of the Bay tourism industry for several years, serving as the CEO of Nelson Mandela Bay Tourism.

Skefile also served on the MBDA board since 2018, before being elected as the chairperson in November 2020.

She had been battling cervical cancer since 2019.

MBDA and family spokesperson Luvuyo Bangazi said: "Mandlakazi fought a good long fight, always kept her spirits high, even during the toughest moments, she never gave up her will to live.

"A larger than life, but incredibly humble personality, Mandlakazi's abundant energy to serve was unwavering, and she served as inspiration to many who face mighty challenges."

He said the MBDA was deeply saddened by her passing.

"We pass our deepest condolences to her husband Motse [Mfuleni] and their children, and we pray for strength and healing during this challenging time," Bangazi said.

"She led the MBDA during the heights of an unprecedented coronavirus pandemic. Even when her health proved difficult, Skefile mustered the strength to execute her responsibilities with purpose and dignity."

He said Skefile was known for providing invaluable input and her calm demeanour.

She was a big proponent of inclusion and always proved to be the voice of reason within the MBDA.

The official memorial service is scheduled for April 28 and her funeral, April 29.

In a message of condolence, the ANC in the Eastern Cape said "her selflessness and unwavering commitment to the women's emancipation is well respected in the various positions  she held with distinction."

DA Provincial Leader, Nqaba Bhanga, also paid tribute to Skefile, describing her as an "excellent and responsible leader" who "showed absolute dedication to her task."