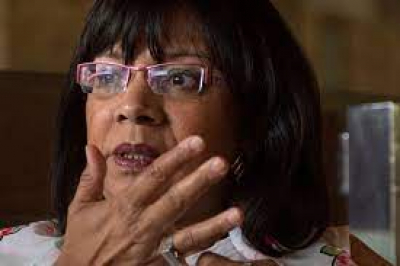 Kadalie died on Saturday, aged 68, after a battle with lung cancer.

She was born in Cape Town's District Six in 1953 as the granddaughter of Clements Kadalie, a Malawian migrant who was the first black trade unionist in South Africa.

Kadalie was active in the struggle against apartheid.

After democracy, she served in President Nelson Mandela's administration as a commissioner of the South African Human Rights Commission.

She was previously a director at the Impumelelo Centre for Social Innovation, an organisation which supports private-public partnerships in poor communities.

She was also an active political commentator until shortly before her death.

Having always shown a passion for promoting women's rights, Kadalie was instrumental in establishing the Gender Equity Unit at the University of the Western Cape in 1973.

Helen Zille and Jonathan Jansen were among those who took to social media to express their sorrow about Rhoda Kadalie's passing.

"Deepest condolences to Julia, Joel, Richie, Maya, Alex and Amira. May her spirit live on in you all," added Zille.

In the words of her own son-in-law, Joel Pollak, in an article on Politicsweb, Kadalie was "a black feminist who was active in the struggle against apartheid."

More in this category: « Tributes pour in for late head of Mandela Bay Development Agency. AVBOB set aside R7 million to assist destitute KZN families. »
back to top