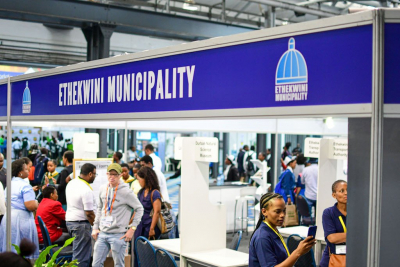 The eThekwini Municipality has denied allegations that it stole goods donated in the Durban North area after a video went viral on social media on Monday.

The video showed a woman in a bakkie laden with black bags which is believed to contain aid for flood victims.

Humanitarian organizations, NGOs are scurrying to assist people with much needed aid, food hampers, water and other personal items as mop-up operations get underway in the province.

In the video, the woman who was filming the incident narrates what is happening.

"Is eThekwini stealing the aid that was distributed by the residents of Durban North to go to the rescue crews and eThekwini was busing stealing it."

The video also shows the registration numbers of the bakkie and a truck with the eThekwini Municipality logo.

"They came and loaded truck loads in here and are busy stealing the aid. This will go to every single journalist; you will be famous. They even go the police. When our guys tried to fight to stop it from going, I literally parked my car in front to stop them from going (sic)."

In a statement, the eThekwini Municipality said it is aware of the video.

"We can confirm the following: The driver was not stealing. She is one of our employees in the Community Participation Unit and is assigned to deliver donation to one of the townships. We can also confirm reports that some of residents are insisting that their donated goods be delivered to areas of their choice and typically the areas they dictate are not the most impacted."

The municipality also called upon the public not to create and spread fake news. 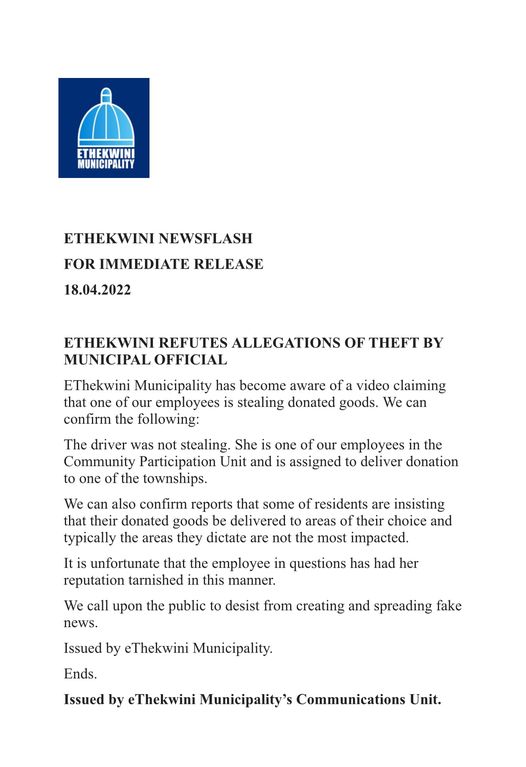 The video went viral barely a day after KwaZulu-Natal Premier Sihle Zikalala said that all the resources allocated for flood relief and the recovery and rebuilding process will be utilised in line with fiscal rectitude, accountability, transparency and openness.