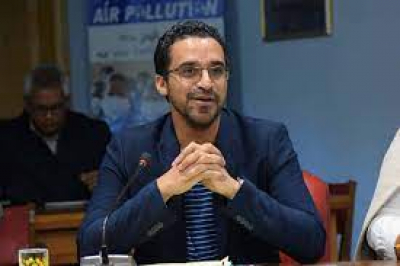 In May, the party is expected to elect an interim deputy provincial leader.

Simmers has been acting as interim leader since the resignation of former provincial leader Albert Fritz earlier this year.

According to DA Western Cape provincial chairperson Jaco Londt, Simmers was the only nominee for interim provincial leader.

"A huge responsibility rests on your shoulders with the 2024 elections around the corner. The position for interim deputy provincial leader will therefore be contested at the provincial council on the 7th of May," Londt said.

Fritz, who served as social development MEC, resigned from his position as the party's leader in the province.

Allegations of sexual misconduct had hovered over Fritz for the past month.

Fritz, his spokesperson, Wade Seale, the head of the community safety ministry, David Abrahams, support officer Michael Kwaaiman, and another official, Lazola Ndubela, had all been suspended, pending the investigation.

It is understood the complainants - most of whom were interns in Fritz's office and others involved in the Expanded Public Works Programme - implicated several colleagues who worked in the department in alleged acts of grooming and intoxicating victims before they were allegedly sexually abused.

Advocate Jennifer Williams was appointed to head an independent investigation into the allegations against Fritz.

A scathing report released by Williams found "sufficient credibility" in the allegations of sexual misconduct and alcohol abuse levelled against the former MEC.

Fritz maintained the entire ordeal of the past two months was as a result of a political campaign to assassinate his character and ensure his departure from both political office and the executive.

More in this category: « One killed, one wounded during clash between Operation Dudula members. National state of disaster declared following floods in KZN and Eastern Cape. »
back to top