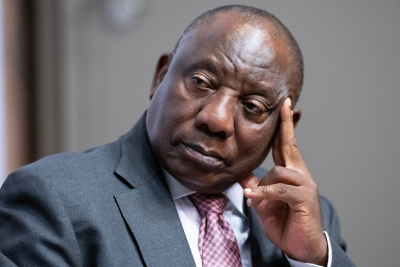 President Cyril Ramaphosa said on Monday evening that cabinet had resolved to declare a national state of disaster to provide relief to KwaZulu-Natal and the Eastern Cape which had been extensively damaged by floods.

Nearly 4,000 homes had been destroyed in KwaZulu-Natal and more than 40,000 people had been displaced by the floods.

At least 443 people have died in the flooding and over 60 others are still missing, while in there has been reported death in Eastern Cape.

Last week a provincial state of disaster was declared in KZN but this was inadequate.

The damage to the Port of Durban had far-reaching consequences and did not just affect KZN and that is why Cabinet decided to declare a national state of disaster, Ramaphosa said.

[The national state of disaster] enables the mobilisation of more resources, capabilities and technical expertise in providing relief, recovery and rehabilitation to affected areas," the president said.

"But it further gives more meaning to our work as an integrated government where the district development model is put fully inaction where the national government, provincial government and local government work together to address the type of challenges that we now have.

"We will be responding to this disaster in three phases. First, we will focus on the immediate humanitarian relief ensuring that all affected persons are safe and that their basic needs are met. Second, we will focus on stabilisation and recovery. rehousing people who have lost homes and restoring provision of services. And thirdly, will focus on reconstruction and rebuilding as many areas as destroyed and devastated including infrastructure. This will not only involve the construction and repair of major infrastructure," Ramaphosa said.

"The minister of cooperative governance and traditional affairs has been mandated to gazette the declaration of the National State of Disaster."

"I have authorized the South African National Defence Force to bring in more personnel, water storage and purification supplies and engineering teams to assist with electricity as well as water restoration.

Ramaphosa said the Department of Human Settlements has begun an assessment of damages to houses across the province and has determined initial requirements financial and otherwise for the provision of temporary accommodation.

"Preparations are underway to provide temporary residential units and it is expected that construction of these temporary units should begin by the end of this week. Financial assistance through a voucher system is being made available to assist households to rebuild partially damaged houses a national team of project managers and engineers have been deployed in the province to assess the damage and to advise on the rebuilding," he said.

Ramaphosa said that detailed work was underway to assess and quantify the damage to roads and bridges right across the province as well as in the Eastern Cape.