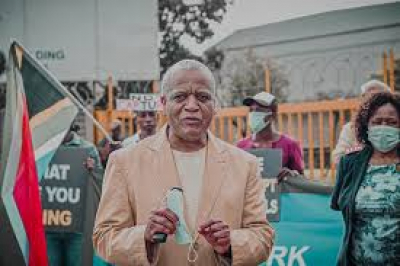 The acting director-general in the Gauteng premier's office, Thabo Maemo Masebe, has died.

The family issued a short statement and read as follows:

"The Masebe family regrets to announce the sudden and unexpected death of our beloved brother, father and uncle, Thabo Maemo Masebe. The family wishes for privacy and sensitivity during this difficult time."

Premier David Makhura said Masebe's death had saddened him and he expressed his heartfelt condolences to the Masebe family and the provincial government at large.

"Masebe was a loyal and committed servant of the people who dedicated his time to transforming the provincial communications services and the overall improvement of the public service in the provincial government in his capacity as the acting director-general over the past few months, said Makhura.

"Masebe was a multi-skilled communicator with more than 20 years' experience in the public service. An activist who committed his life to serving the people of SA and humanity, added Makhura.

Before his appointment as the head of communications in the Gauteng provincial government, Masebe worked at the Presidency, as the spokesperson to former deputy president Kgalema Motlanthe.

During his tenure at The Presidency, he was also responsible for managing the Communications Directorate in the private office of the Deputy President.

People who are familiar with the work of multi-faceted communicator have taken to social media to reflect on his legacy after news of his passing.

Just learned that a friend, brother, fellow communicator and dear comrade of mine, Thabo Masebe, has passed. Just sad and heartbroken. You left too soon my brother. You ran a good race, served with unequalled integrity. You’ll be missed. Condolences to your family.???✊?✊?✊? pic.twitter.com/LeuznT54cx

What a sad evening it has been. Bhuti Thabo Masebe had so much time for me. Our last conversation was so instructive. So long big brother. ? ?

@KathradaFound condolences to the family, friends, comrades and colleagues of the Gauteng Acting DG in the premiers office Thabo Masebe. A refined communicator and dedicated public servant has left us. Hamba Kahle.