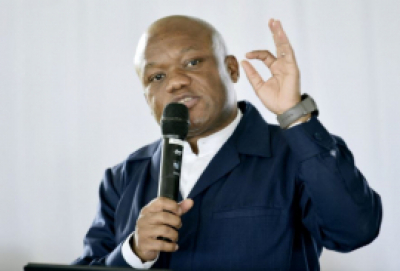 KwaZulu-Natal Premier Sihle Zikalala has confirmed that the death toll from the disastrous floods in the province has risen to 448.

He said police search and rescue teams are still combing the mud and floodwaters for victims that are still missing.

Zikalala was speaking in Durban during a meeting with all disaster management teams who have been deployed to KwaZulu-Natal from various parts of the country.

He thanked the disaster management teams for going beyond the call of duty and putting their lives at risk.

"The scale and magnitude of the floods we faced is beyond the capacity of the province. I want to thank all of you, most of you arrived here even before the declaration of a national state of disaster," he said.

"Despite the trauma that comes with the work, you dedicated yourselves to come and fight this battle with us."

He added that the rescue teams have demonstrated patriotism and dedication to serving the country.

Meanwhile the African National Congress has welcomed efforts pronounced by President Cyril Ramaphosa on behalf of government to restore the dignity of thousands that have been displaced by heavy rains and floods in KwaZulu-Natal Province.

The floods have claimed over 400 lives, destroyed homes, including public and private infrastructure and leaving many others displaced. While noting and welcoming the declaration of the National State of Disaster, the ANC also calls for government to further consolidate the growing gestures of solidarity by declaring a National Day of Mourning.

The ANC is also encouraged by Ramaphosa's announcement to establish a multifaceted team with expertise to provide monitoring and much-needed oversight on the disbursement of resources allocated towards relief.

Those charged with the responsibility to preside over the allocation and distribution of these resources are also urged to exercise prudence and vigilance in the overall management of their tasks.

The ANC has extended a call to its public representatives across all spheres to participate and pay full attention on oversight to ensure that appropriated relief funds fulfil their intended purposes.

ANC NEC delegation led by Treasurer General Paul Mashatile is expected to visit KZN Province on Friday, 22nd of April 2022 as part of the organisation’s nationwide solidarity efforts and to distribute essentials that have been mobilised to contribute towards much-needed relief.

More in this category: « ANC names Mamoloko Kubayi-Ngubane as head of economic transformation. Reality Check Walter Sisulu Accused #2 in the Rivonia Trial. »
back to top