Public Works to act swiftly to deal with 50 damaged government buildings in KZN. 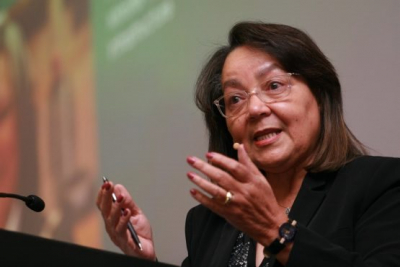 Public Works and Infrastructure Minister Patricia de Lille says her department will make state-owned land in KwaZulu-Natal available to house communities that were affected by devastating floods this week.

On 11 and 12 April 2022, parts of KwaZulu-Natal received between 200 and 400 millimetres of rainfall in a 24-hour period, which affected all parts of the province.

Cabinet has declared a National State of Disaster in response to the floods, which have caused widespread damage in KwaZulu-Natal and parts of the Eastern Cape.

In an address to the nation on Monday night, President Cyril Ramaphosa said more than 400 people have lost their lives in KwaZulu-Natal, with approximately 48 people still missing or unaccounted for. One death has also been reported in the Eastern Cape.

The entire eThekwini metro and the districts of iLembe, Ugu, King Cetshwayo and uMgungundlovu were reported as being the most affected by the floods.

De Lille said she also had a plan of action to deal with repairing dozens of state-owned buildings and rural bridges that were damaged due to the flooding that engulfed KwaZulu-Natal.

These included 27 magistrate courts, 11 police stations, 11 military bases and a museum. The damages to these buildings were mainly infrastructural, such as leaking roofs.

De Lille said on Tuesday that material would be procured this week to start the repairs.

State-owned buildings were not the only damage inspected by the minister as she visited rural communities that had to contend with having no bridges or damaged bridges to cross river streams.

The floods in the province had added another list of damaged bridges that would have to be repaired.

According to an agreement between the Department of Public Works and Infrastructure and the Department of Transport in KwaZulu-Natal, De Lille said 18 bridges would be built within the 2022-2023 financial year.

Some of the areas that the floods had heavily impacted would be prioritised first, with an additional six bridges damaged by floods.

De Lille said construction would begin in the coming weeks. The areas include the Mvoti, Ilembe, Ndwedwe, Mkhambathini and eThekwini municipalities.

More in this category: « Reality Check Walter Sisulu Accused #2 in the Rivonia Trial. Competition Commission greenlights Ardagh's acquisition of Consol. »
back to top