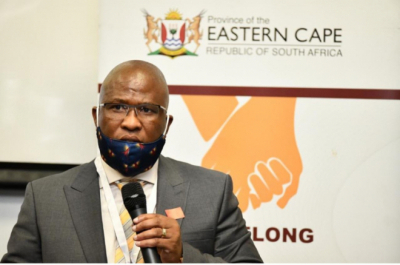 The African National Congress (ANC) in the Eastern Cape has postponed its 9th Provincial Conference which was scheduled to take place this weekend.

The party was set to hold its conference from Friday to Sunday.

The party said in a media statement that a meeting held on Tuesday resolved to reschedule the elective conference as the party was still "attending to internal disputes and the verification report was yet to be signed.

"The ANC Eastern Cape Provincial Working Task Team (PWTT) on Tuesday, 19th April 2022, to make an assessment of the work in preparation for the 9th Provincial Conference as previously resolved," said the party in a statement.

"In making such an assessment, it became apparent that some of the disputes are still being attended to by the National Dispute Resolution Committee (NDRC) and the verification report has therefore not yet signed by the acting secretary general.

"The PWTT therefore resolved to reschedule the ANC Eastern Cape 9th Provincial Conference to a date to be announced by the Provincial Task Team, once satisfied that all outstanding matters have been attended to."

The conference is expected to see a fierce battle over political control of the province between former provincial chairperson Oscar Mabuyane and Babalo Madikizela, the former treasurer of the province.

However, party insiders said there was a firm push for the pair to unite on one leadership ticket.

The outcome of the provincial conference has a significant bearing on the ANC's national elective conference planned for December where President Cyril Ramaphosa is likely going to seek a second term.

More in this category: « Competition Commission greenlights Ardagh's acquisition of Consol. PIC appoints Kabelo Rikhotso as its investment chief. »
back to top