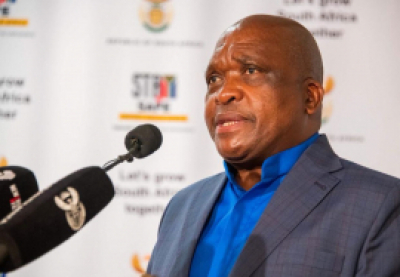 Minister of Health, Dr Joe Phaahla, has constituted a Health Team of National and Provincial Department officials to conduct an impact assessment of the floods on health service delivery in KwaZulu-Natal.

The task team will also conduct an assessment of the costs to repair the damages, to submit to the National Treasury for funding consideration.

According to the department of Health, the task team will be led by Director-General Dr Sandile Buthelezi, supported by the KwaZulu-Natal provincial Head of Department for Health, Dr Sandile Tshabalala, with the help of technical infrastructure experts.

This follows a site-visit by Phaahla accompanied by the Deputy Minister, Dr Sibongiseni Dhlomo and KwaZulu-Natal MEC for Health, Nomagugu Simelane, to various flood-damaged health facilities around eThekwini District on Tuesday.

"According to the preliminary costs of the damages, it is estimated at over R187 000 000.00 to repair the health infrastructure, which include 23 hospitals, 34 clinics, three community health centres and five office buildings, "the department said in a statement.

The department said that there has been huge damage to infrastructure which negatively impacts general health service delivery in six affected districts of eThekwini, Ugu, Ilembe, uMgungudlovu, King Cetshwayo and uMkhanyakude.

"Departmental experts who include the engineers, architects, quantity surveyors and construction managers have classified the damage to health infrastructure as moderate compared to the damages experienced in October 2017 in eThekwini.

In addition, the Pathology Forensic Team has completed 377 post-mortems of the 455 bodies recovered and is left with close to 50 bodies which would be finalised today (Wednesday).

The department has called on families and communities to collect the remains for burial, and in case of indigent families, they may contact the provincial government for assistance.

Phaahla also visited the Prince Mshiyeni Memorial Hospital in Umlazi to inspect the challenge of water supply as a result of the floods.

Work is proceeding to fill the reservoir through water tankering as they have run out of stored water and are not being supplied through the ordinary water pipe supply.

"This is done with the support of ABSA Bank which has donated 20 water tanks to assist communities. This has an effect on the proper functioning of the hospital with effect on many surgical processes to be performed in the hospital, "the department said.

It is estimated that water supply will be normalised by midday on Wednesday.

The delegation also visited the Newtown Health Centre where the provision of services has come to a halt.

"The delegation committed to restore services through deployment of mobile facilities to ensure community access whilst feasibility on the integrity of the structure is been conducted by structural engineers."

The Minister also visited the Amaoti Community Hall where displaced people have settled to inspect work to supply people with necessary chronic medicine.

The provincial department has further made commitment to dispatch staff into communities to ensure people have access to medicine at closer proximity.

More in this category: « Progress made in Transnet operations in the wake of damaging KZN foods. Cop turned killer Rosemary Ndlovu case postponed to May. »
back to top