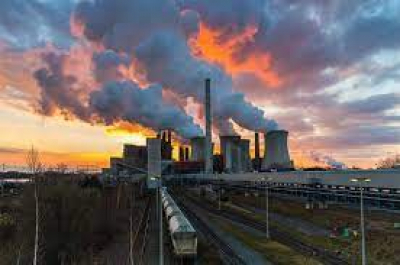 The Department of Environment, Forestry and Fisheries has published the new Climate Change Bill for public comment.

The bill notes that climate change represents an urgent threat to human societies and the planet, and requires an effective, progressive and incremental response from both the government and citizens.

It also recognises that the country has a global responsibility to reduce greenhouse gases and that anticipated impacts arising as a result of climate change have the potential to undermine achieving the country’s developmental goals.

"The main object of the bill is to enable the development of an effective climate change response and the long-term, just transition to a climate-resilient and lower-carbon economy and society, and to provide for matters connected therewith, "the department said.

The bill comes as the country grapples with one of its worst natural disasters in history as heavy floods in KwaZulu-Natal and the Eastern Cape cost more than 440 people their lives and caused billions of rands in infrastructure damage.

Some of the key proposals are outlined in more detail below:

Obligations on the state

The bill places a legal obligation on every organ of state to coordinate and harmonise their various policies, plans, programmes, decisions and decision-making processes relating to climate change.

This is to ensure that the risks of climate change impacts and associated vulnerabilities are taken into consideration and give effect to the principles and objectives set out in the envisaged Act.

It further requires a climate change response plan to be integrated into a province, district or municipality's development plan.

The bill provides for the establishment of the Presidential Climate Commission for organised labour, civil society and business to advise on the country’s climate change response.

The function of this commission includes providing advice on the country’s climate change response and the long-term just transition to a climate-resilient and low carbon economy and society.

The commission may also report on matters relating to reducing the emission of greenhouse gases and adapting to the effects of climate change.

The bill provides for the establishment of 'adaptation objectives' in South Africa. These are aimed at establishing specific green targets that the country should hit and the associated timeframes.

The minister of the environment is also required to develop 'adaptation scenarios' which anticipate the likely impacts of climate change in the country over the short, medium and longer-term.

The scenarios must be developed within one year of the envisaged Act coming into operation.

The bill provides for the mandatory review of this trajectory every five years as well as for a review at any other time should the circumstances require it.

The minister must also publish a list of greenhouse gases and activities which they reasonably believe cause or are likely to cause or exacerbate climate change. They will also be responsible for identifying synthetic greenhouse gases which must either be phased out or phased down.

More in this category: « Eskom 'eases' load shedding to Stage 3 from Wednesday at 22:00. Massive planned changes for post office – as it takes aim at the couriers. »
back to top