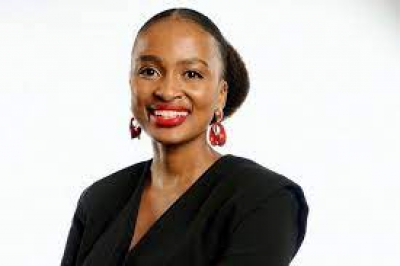 Higher Education Minister Dr Blade Nzimande has expressed his condolences to the family of Ndoni Mcunu, the founder of Black Women in Science (BWIS), who died on Saturday while on vacation at the Cradle of Humankind.

Family spokesperson Nobuntu Hlazo-Webster said the family is waiting for the post-mortem results and for police to conclude their investigations.

The death of the 33-year-old who was pursuing her PhD in climate change and agriculture at the Global Change Institute at Wits has come as a shock to friends and family.

"Ndoni Mcunu passed away while on vacation at the Cradle of Humankind with friends. Police who notified the family of the death cited a gas leak at the accommodation venue as the probable cause of death," said Hlazo-Webster in a statement on Monday.

At the time of her death, Mcunu had been pursuing her PhD which had a focus on climate change and food system policy.

Nzimande said Mcunu was a beacon of hope.

"South Africa has not only lost a beacon of hope for the value of science in society, but an environmentalist who advocated for building capacity and networks for black women scientists and researchers in Africa.

"With over 10 years experience, her work in climate change advocacy and leadership in the development of women, will live on eternally," said Nzimande.

The minister added that her passing was even more sad as KwaZulu-Natal is facing a state of disaster after torrential rains devastated the province, in what could be the result of climate change.

In 2022, Mcunu co-authored the Greenpeace International and Greenpeace Africa report on extreme weather events and climate change in Africa.

Among her greatest achievements was to be listed as the top 50 most inspiring women in tech in South Africa in 2017 by the Netherlands Embassy.

She was also recognised as one of the 40 under-40 African Leaders for Climate Resilience in 2019 by Wilton Park, which is an executive agency of the Foreign, Commonwealth and Development Office, for her climate change and agriculture work. She has aslso been featured in international media such as BBC News and Nature Journal, which is a leading international scientific journal.

More in this category: « ANC lose its majority in the unstable Phokwane Local Municipality. China donates R1 million towards KZN disaster fund. »
back to top