Tshwane collects R700m in crackdown on non-payment for services. 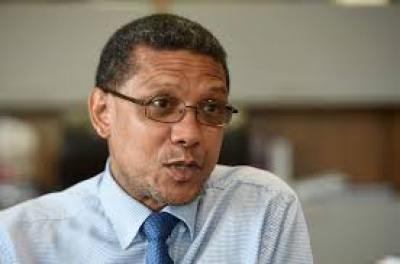 The EFF and the ANC fought hard to have Makwarela recuse himself over a council investigation into allegations raised by a council employee, Tiyiselani Babane, involving the use of blue lights and alleged sexual assault, among other things.

They argued that Makwarela had previously recused himself while the council investigated the matter over 60 days.

Williams and council chief whip Christo van den Heever were among those who came to the defence of Makwarela.

Makwarela finally ruled that Williams must continue with his speech on the basis that his matter was not part of the agenda on the day.

Willaims says the city has clawed back a whopping R700 million in revenue during its 'Tshwane Ya Tima' campaign.

The city's campaign set its sight on accounts in arrears in a bid to clamp down on those that owe the city.

Municipal officials left tongues wagging last month when they disconnected water and electricity services at several big businesses across the city, including the luxury Sheraton Hotel.

SARS, Gautrain, Department of Water and Sanitation etc. as well as a local funeral parlour were also among the casualties.

Williams revealed the city's finances were starting to look up, coming from a deficit of R4 billion in 2020.

"The financial stability of the city remains a key focus. Our efforts as an effective coalition government who is focused on turning around the city's financial condition have not gone unnoticed.

"Indeed, our popular #TshwaneYaTima revenue-collection campaign and other efforts have begun to show results. The Tshwane Ya Tima campaign, which has been widely covered in the media, not only stimulated revenue, but also highlighted the seriousness with which this administration takes the city's financial affairs."

"We are certainly pushing for a stronger financial position for 30 June 2022 and our intention is to end the year with a surplus of about R25 million," Williams added.

According to Williams, the city's credit rating has also improved recently.

"I am further pleased to announce that GCR Ratings, one of the city's official credit rating agencies, upgraded our credit rating to CCC+(za) as an issuer of long-dated debt and to CA (za) as an issuer of short-term paper. In both cases we have been awarded an outlook of positive, signifying that the independent rating agency is of the view that the City’s finances will continue showing improvement in the near future.

"What we do in uplifting our revenue must be supported by reducing all expenditure that does not promote basic service delivery. We owe it to the residents of Tshwane to manage the city’s finances in the best possible manner, acknowledging the difficult circumstances under which we are operating."

More in this category: « Phalatse commits to stabilise Joburg electricity supply amid rolling blackouts. Parliament to establish ad hoc committee to oversee state of disaster. »
back to top