Public Enterprises Committee suggests SAX liquidation is a lesson on how to run SOE's. 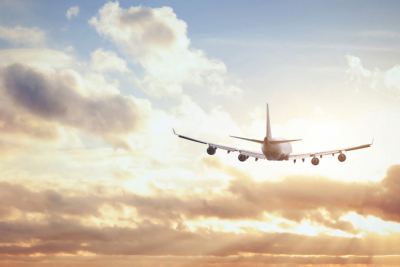 Parliament's portfolio committee on public enterprises says the conclusion of the South African Express (SAX) Airline liquidation process can serve as a lesson in how the state should run state-owned entities (SOEs) and avoid future closures.

The local airline, which focused on flights to smaller towns in South Africa, has been in provisional liquidation since April 2020. In January this year, the return date for a final liquidation application was extended to 4 July, to see if a suitable deal can be reached to sell the airline. SAX currently has liabilities of more than R900 million.

In concluding a meeting with the SAX liquidators, the portfolio committee welcomed the progress made, but regretted the loss of the state-owned enterprise, as it enabled regional integration and was critical in the growth of inbound tourism in the region.

"The committee remains of the view that the management of SOEs should be streamlined to ensure that they play an effective developmental role. In line with this, the committee has called for improved oversight from the Department of Public Enterprises to ensure that some of the challenges are identified and remedied before it is too late," it said.

The committee added that it is hopeful that the newly established 'presidential state-owned council' will chart a new trajectory for these entities as they remain critical to South Africa’s development.

"Regarding the liquidation, the committee is aware that the process is market-driven and that while one of its primary concerns is the welfare of employees of the airline, little can be done at this point.

"Nonetheless, the committee urged the liquidators and the department to give preference to bidders for SAX assets to those who intend to use its former human resources. The committee welcomed the assurance that SAX employees can access UIF benefits."

Meanwhile the National Union of Metalworkers of South Africa (Numsa) and the South African Cabin Crew Association have now turned to the South African Human Rights Commission in their last attempt to assist employees who have not received salaries since the airline entered provisional liquidation.

More in this category: « Two arrested in connection with protest murder in Pimville, Soweto. City of Cape Town urges motorists to purchase plates at registered businesses. »
back to top