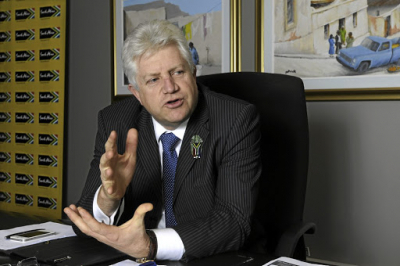 Winde's announcement was affected by the resignation of Education MEC Debbie Schäfer, who handed in her resignation to him on Wednesday, but also the firing of Community Safety MEC Albert Fritz in March.

The announcement was made on Friday during a short break in the premier's meeting day with mayors and local government representatives in the province, which was hosted at the Century City Conference Centre.

Changes are as follows:

Nomafrench Mbombo remains the MEC for the Department of Health and Wellness, Sharna Fernandez the MEC for Social Development, Ivan Meyer is still in charge of the Agriculture portfolio, and Anroux Marais has also retained her position as MEC for Cultural Affairs and Sport, along with Anton Bredell, who will remain in Local Government and Planning.

Winde said after the challenges brought on by the size and severity of the Covid-19 pandemic, the demands on government across the board were now greater than ever before.

Winde said he and his cabinet were determined to stand up and step up.

"We rather need to be bold and push forward to do even better. And to do so, we must be agile, we must constantly rethink, and we must innovate.

"I also said that we must be courageous and unafraid to try new things. We must tackle the obstacles in our way, head-on and with tenacity, just as families and residents across our country and in the Western Cape do each and every day," Winde said.

More in this category: « SA, Botswana conclude successful Bi-National Commission. Watch: Busisiwe Mavuso walks out of scopa meeting - 'We cannot be held liable for ANC mess.' »
back to top