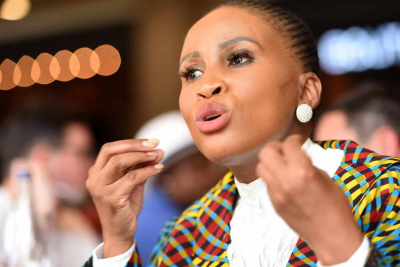 The Labour Court has ruled in favour of the City of Johannesburg employees whose contracts were terminated.

This pending the determination by the South African Local Government Bargaining Council.

Around 130 employees in the City of Johannesburg took their grievances to court, after the metro expressed its intention to terminate their contracts at the end of April.

Judge Connie Prinsloo ruled that the SA Municipal Workers Union had met the requirements to interdict the City.

The order stated that the City was interdicted from implementing the council resolution taken in February 2022, which rescinded the decision to convert the workers' contracts from fixed-term to permanent.

The City was also interdicted from implementing a management directive issued on 9 March 2022, which confirmed the termination of the workers' contracts.

The workers' contracts were set to end at the end of April, and their vacant positions were to be filled by May.

The City had already advertised the positions, which included support staff in the office of the speaker and mayor.

The City and the mayor, Mpho Phalatse, have been ordered to pay the costs of the application.

Prinsloo said she could not understand why the City and the mayor had chosen not to accede to the requests from the union that the matter be halted until it was resolved at the SA Local Government Bargaining Council (SALGBC).

"Applicants brought an urgent interdict after all attempts to obtain an undertaking from the respondents failed. Had the respondent considered the matter properly, they should have agreed not to terminate the applicants' employment on 30 April 2022 and not fill their positions with effect from 1 May 2022, pending the resolution of the dispute at the SALGBC," Prinsloo said.

The union had filed a dispute at the SALGBC over the contract terminations.

The initial contract conversions, from fixed to permanent, were implemented while the ANC ran the City in 2021.

The outcry came after the City of Johannesburg, which is under a Democratic Alliance (DA)-led coalition sent out letters nullifying permanent jobs of staff accused of being unlawfully employed when the ANC was in charge.

More in this category: « Watch: Busisiwe Mavuso walks out of scopa meeting - 'We cannot be held liable for ANC mess.' Masebe described as a true patriot and consummate communicator. »
back to top