Dept. of Labour prohibits use of cracked classrooms to safeguard learners. 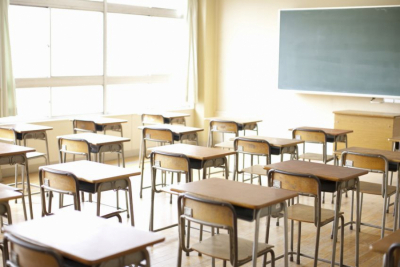 The Department of Employment and Labour Inspectorate in Limpopo has prohibited the use of some classrooms at Kgwatlhele Primary School outside Mokopane, due to noncompliance.

This follows a complaint laid by parents early this month about unsafe classrooms that have cracks that are visible from inside and outside of the building.

Acting Provincial Chief Inspector, Reckson Tshishivheli said a notice for a reactive inspection was served to the school principal on 12 April 2022 for the inspection to be conducted on 20 April 2022.

"Both administrative and a walk-through inspection were conducted at the school, the whole of building block E and F was prohibited and only grade 1A on building block A was found not to be compliant with the requirements of the Occupational Health and Safety Act (OHS)," Tshishivheli said.

The building was prohibited based on the following findings:

Tshishivheli said that following the prohibition notice issued, the Department of Basic Education was also issued with a contravention notice for failing to conduct a hazards identification and risk assessment and failing to ensure that the electrical installation was done safely by a competent person.

The person who installed electricity could not produce a copy of the Certificate of compliance (COC) for electrical installation, as it is a legal requirement to assure the building users and inspectors that the installation is safe.

The OHS Act 85 of 1993 as amended specifies that if the state of the building threatens or is likely to threaten, the health and/or safety of persons then the building should be prohibited with immediate effect from being occupied or continue to be used in terms of section 30 of the above said Act.

Tshishivheli said the department is aware of the impact that the closure may have on the curriculum, however the specialist prohibited the school blocks in the interest of safeguarding the lives which is more important than education.

"Our inspectors are mandated to protect the lives of people and we are serious about enforcing the health and safety legislation. We encourage the public and employees who find themselves in such hazardous situations to bring it to the attention of the department for inspections to be conducted.

"The department has zero tolerance for non-compliance and will always prioritise the health and safety of persons in both public and private sector, "he said.

Tshishivheli said the prohibited sections of the school would remain closed until the Department of Education corrects the noncompliance, as identified by the OHS inspector.

More in this category: « Zondo asks for another extension for final part of state capture report. DBE pledges to strengthen school-level Professional Learning Communities (PLCs). »
back to top