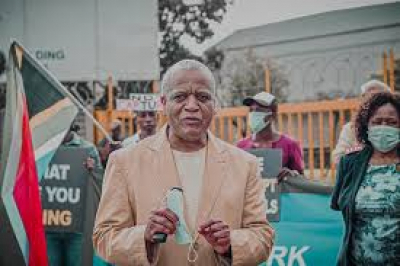 Family, friends and colleagues have gathered at the Kempton Park Civic Center in Ekurhuleni to bid their farewell to Thabo Masebe on Saturday.

Masebe died earlier this week at the age of 57.

He was acting director-general in Gauteng Premier David Makhura's office at the time of his death.

The revered spin doctor was accorded a special official funeral by President Cyril Ramaphosa, who also announced that the national flag would fly at half-mast in Gauteng as a sign of respect for the late communicator.

The provincial government said it was deeply saddened by Masebe's passing, describing him as a loyal and committed servant of the people.

Masebe was a multi-skilled communicator with over 20 years of experience in public service. He also served as a spokesperson to former deputy president Kgalema Motlanthe.

The African National Congress (ANC) said Masebe was an icon of the generation of "young lions" of Oliver Tambo.

"Thabo Masebe represented the best of a generation, an age cohort which then ANC President, Oliver Reginald Tambo named "the Young Lions of the Struggle." It is a generation born at the height of apartheid, who instead of being yoked by its oppressive system, chose to define their generational mission as that of defeating this crime against humanity and the ushering in of "freedom in our life time."

The party said the outpouring of grief and tributes by all who came into contact with Masebe is testimony to the 'impactful life of a leader of our people who was well respected and loved'.

The funeral programme includes tributes by Motlanthe and a eulogy by Makhura.