Electricity has been restored to all residents of Eldorado Park. 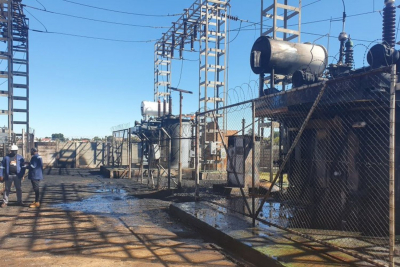 Electricity has finally been restored to all the residents who were affected by the fire at the Eldorado Park, south of Johannesburg.

According to City Power Eldorado Park Ext 7, 5, 2, 4, Freedom Park, and parts of Devland were switched on in the early hours of Saturday.

The switch-on faced a number of challenges which left residents without electricity for almost a week.

The Eldorado Park substation was gutted by fire on Easter Friday plunging several areas into darkness.

#OutageUpdate #EldoradoPark
Electricity has been restored to all the residents who were affected by the fire at Eldorado substation.
Eldorado Park Ext 7, 5, 2, 4, Freedom Park, and parts of Devland, were switched on in the early hours of Saturday. @CityofJoburgZA pic.twitter.com/Ox9czyvUhe

City Power spokesperson Isaac Mangena said the power utility’s teams and contractors worked around the clock to ensure that work is completed and power is restored.

"The last of the repairs were completed on Friday as promised, but the main transformer had to be switched on for at least 12 hours before customers could be loaded gradually.  A standby transformer has been brought to site which will be used as an alternative, especially with winter coming."

"The only customers that will remain off are Devland Industrial who are off due to stolen cables and cable fault, and parts of Pimville who are affected by multiple cable faults, "Mangena said.

City Power will continue tracing and repairing the faults to ensure electricity is restored, he said.

City Power has apologised for the inconvenience the fire that left residents without electricity during the Holy month of Ramadan and Easter weekend.

More in this category: « Motorists still struggle to get licence renewal appointments as deadline looms. South Africa's largest church (ZCC) set to reopen this Sunday. »
back to top