A group of staffers claim Modise used underhand tactics to fire them from office. 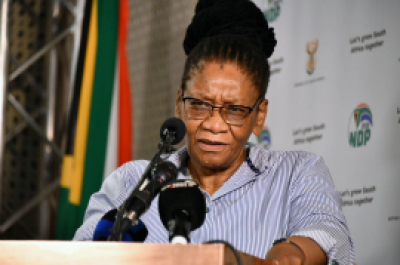 A group of staffers at the Department of Defence and Military Veterans are enraged and plan to head to court over their "unfair dismissal" and claim Machiavellian tactics were used under new minister, Thandi Modise, to push them out of her office.

The group, which includes former Minister Nosiviwe Mapisa-Nqakula's spokesperson, chief of staff, parliamentary liaison officer and head of administration, plans to challenge the decision at the CCMA.

They claim that they were placed on special leave in October following President Cyril Ramaphosa's cabinet reshuffle and while waiting to be assigned new roles, they instead received termination notices last month.

The group claim that guidelines set out for dealing with those deployed to political office in the public service had been ignored.

Ntethelelo Khumalo, the former head of admin, speaks for the group and he said there had been zero transparency in the handling of their matter.

"It was two-faced at all times. You engage this person, you are given this story. The next thing that comes through is the complete opposite of what has been communicated before - there was no consultation or engagement to have a sense of what some of us would want," Khumalo said.

Meanwhile Modise has asked for an investigation into why 822 army reservists who were roped in last July to help with stopping the violence and looting have not been paid.

The government deployed thousands of soldiers when the violence broke out last July in KwaZulu-Natal and Gauteng.

The plan was to provide stability in the two provinces.

DA MP Maliyakhe Shelembe asked Modise in a written question in Parliament why the 822 reservists in the army have not been paid since they helped in the mission.

But Modise said she has launched an investigation into this.

"The minister of defence and military veterans has been informed of the matter and she has asked the SANDF to investigate the matter.

"The South African army has started investigating the matter to resolve the situation.

"A board of inquiry has been instituted and as soon as it is concluded the outcome will be provided to the minister for further action, "said Modise.