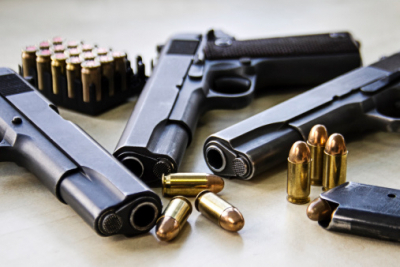 Gauteng police are looking for the gunmen involved in a shooting that claimed two lives in Diepsloot on Friday night.

Police said the pair was attacked with another person who escaped unharmed.

It's understood police were patrolling the streets in the crime-ridden area when they heard gunshots.

The victims were sitting outside a shack at the time of the attack.

This latest attack comes weeks after Police Minister Bheki Cele sent a tactical response team to Diepsloot as a temporary intervention, as he called it, to deal with the high levels of crime in the community.

Police spokesperson Brigadier Brenda Muridili says the victims were shot while seated in front of their shacks.

"On 22 April 2022 at about 18:30 police on patrol responded to a shooting incident in Diepsloot Extension One. I can confirm that three people were shot at by assailants while seated in front of their shacks. Two were fatally wounded and one escaped unscathed."

Police are searching for three suspects.

"The three assailants that were seen by witnesses fled on foot. No one has been arrested yet."

More in this category: « 36 Gauteng high school pupils suspended for smoking dagga at school. To achieve renewal of the ANC it requires unity, honesty and integrity |Motlanthe. »
back to top