To achieve renewal of the ANC it requires unity, honesty and integrity |Motlanthe. 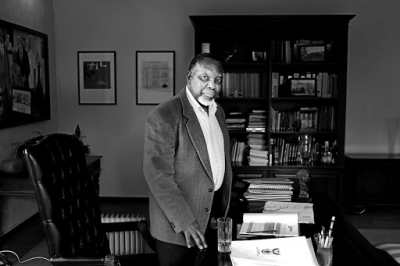 Former president Kgalema Motlanthe has hailed the late seasoned Gauteng government spokesperson and acting Director General in the province,Thabo Masebe as a 'real product and creator of history' with the African National Congress (ANC).

Motlanthe, was speaking at the funeral of Masebe, on Saturday in Gauteng.

He said Masebe died at the time his party, the ANC, and the country were facing a number of challenges.

"Comrade Thabo leaves when his home, the ANC, and our country are facing unprecedented difficulties as well as the stubborn issues of poverty, unemployment, land hunger, food insecurity, energy insecurity, crime and corruption to name a few."

These require serious attention and all sectors must play a role to address poverty, unemployment and the energy crisis.

"We as his extended family acknowledge that overcoming these difficulties and achieving the renewal of the organisation requires unity of purpose, honesty, integrity, humility and collective responsibility, because conceit and complacency are the arch enemies of unity," said Motlanthe.

He said history had taught the country that the youth should be part of renewal.

Masebe, who also worked as the spokesperson for Motlanthe when he was president from 2008 to 2009, was also praised for his professionalism in the public service.

"Comrade Thabo, incorruptible in thoughts and deeds, believed with every fibre of his being that the ANC represented the people's greatest hope.

Masebe joined the ANC during his time at the University of Venda through the Azanian student organisation, Sasco.

Throughout his career he was a spokesperson for the ANC, which included the Truth and Reconciliation Commission where he responded to the 1998 report on behalf of the party.

Masebe's family said he took his last breath at his home with his boots on and his laptop close by.

More in this category: « Police launch a manhunt for gunmen involved in deadly Diepsloot shooting. ANC wants to revive a spirit of working together with the people |Ramaphosa. »
back to top