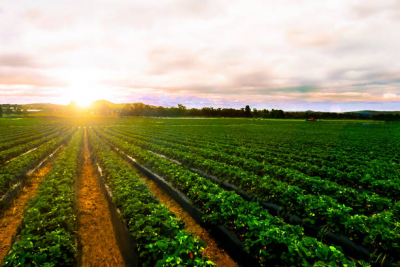 The ruling ANC wants farmers to donate land for redistribution to emerging black farmers as part of a significant shift in land expropriation policy. The proposal is found in a discussion document prepared for the party's policy conference scheduled for July, the Sunday Times reports.

The proposal is a marked change from the party’s previous plans to amend the Constitution to allow for land expropriation without compensation in a legal framework. Instead, it proposes that a ‘land reform and agricultural development agency' be established.

This agency will be responsible for:

The agency will only record land transactions and accept land for redistribution. The policy document states that this will encourage the voluntary release of land by mines, churches, municipalities, SOEs, government departments or absentee landlords directly to beneficiary households, communities or the agency.

The drastic shift in policy comes after the ANC failed to secure sufficient backing from the opposition to amend the Constitution.

However, justice minister Ronald Lamola said that the party would not be deterred in its plans for land expropriation and will now resort to using regular legislation to facilitate the process.

"Changing the Constitution was just one instrument we could have used," he said in a December interview. "The matter is now ended. We will now use our simple majority to pass laws that will allow for expropriation without compensation."

The ANC decided in 2016 that constitutional changes were needed to address racially skewed land-ownership patterns dating back to white minority rule. While some legal experts said land seizures were already permissible, the party argued that the issue should be addressed more explicitly.

More in this category: « eThekwini municipal worker gunned down at water tanker filling point. K-9 member and his dog apprehend suspected abalone poachers in EC. »
back to top