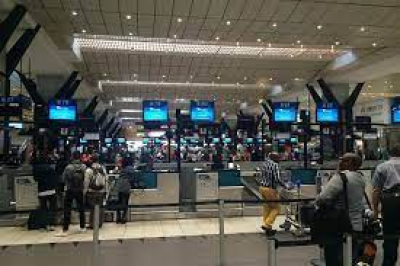 Government plans to change its data collection systems to get a better idea of how many skilled South Africans are leaving the country.

The proposal, which is included in the Department of Employment and Labour's latest National Labour Migration Policy (NLMP), notes the country has seen an outflow of valuable skills in several sectors.

It added that the emigration of skilled South Africans has not been addressed efficiently through any specific policy, and constitutes a growing problem in certain sectors.

The updated data-tracking will also allow the government and public to have reliable, up-to-date data on flows and stocks of highly skilled South Africans employed abroad and on sectors and occupations particularly affected by attrition to emigration or remigration, it said.

Historically, the Department of Home Affairs and Statistics South Africa has not published information on the number of people emigrating. However, the United Nations does keep data on migrant stock and where South Africans have emigrated.

According to the UN Department of Economic and Social Affairs 2020 International Migrant Stock report, by the end of 2020, 914,901 South Africans were living in other countries and territories, up from 786,554 in 2015.

FNB's latest property barometer for South Africa shows that around 8% of people are selling their homes with plans to leave the country. Notably, the data shows that wealthier South Africans – even those in upper-middle-income brackets – are more likely to sell up to emigrate.

This number subsequently dropped to around the 8% mark in 2021 due to a confluence of factors, including international restrictions and a strong property market. However, this is up a percentage point compared to the Q2 2020 report.

More in this category: « K-9 member and his dog apprehend suspected abalone poachers in EC. Zelenskyy slams UN chief's plan to visit Moscow before Kyiv. »
back to top