SA concerned the G20 Common Framework not assisting those in need. 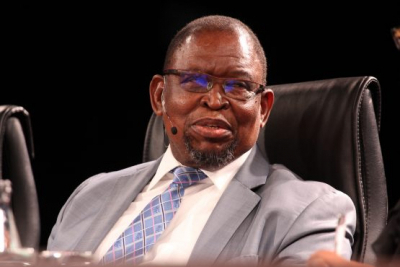 Finance Minister, Enoch Godongwana, has expressed concern at the slow progress of the G20 Common Framework (CF) for Debt Treatments.

The Common Framework (CF) is meant to assist countries to respond to economic fragility, conflict and violence.

The Minister relayed his concern during the recent 2022 Spring Meetings of the International Monetary Fund (IMF) and the World Bank Group (WBG), held from 18 - 23 April 2022.

The overarching theme of the IMF meetings was "The global economy under stress: Repercussions, response and resilience".

On the CF, Godongwana said the countries were "disproportionately vulnerable" to growth shocks.

South Africa is concerned that the Common Framework is not assisting those in need.

The Minister engaged the leadership of the World Bank Group, mobilising support for specific sectors critical to reviving the South African economy.

He cited the economic impact the war was having on South Africa and other African economies, particularly through financial markets and inflationary pressures, as well as sharp fuel and food price increases, at a time when these economies are still recovering from Covid-19 impacts.

He stressed that the most fruitful path to peace is through diplomacy and dialogue, and that South Africa remains committed to the principles of the UN Charter, namely that all UN Member States should settle their disputes through peaceful means.

Treasury said: "The Minister also highlighted the economic impact of the conflict. South Africa and other African economies have been directly impacted through financial markets and inflationary pressures, resulting in sharp fuel and food price increases, at a time when these economies had not fully recovered from the shock of the COVID-19 pandemic."

Godongwana explained that international concessional finance will be key to supporting the transition, especially in the electricity sector.

South Africa's Presidential Climate Finance Task Team, recently established by President Cyril Ramaphosa, will advise the country on the execution of the "Just Energy Transition" (JET). The JET plan will ensure that the livelihoods of communities affected by the transition are secured.

More in this category: « Nando’s ordered to reinstate an employee fired for eating slices of carrot. Two suspects charged with murder of Kgomotso Diale to remain behind bars. »
back to top