Seven of Gauteng municipalities are considered being at risk. 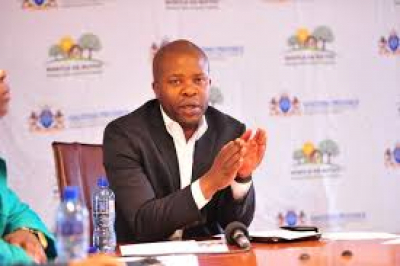 Gauteng Cooperative Governance and traditional affairs (Cogta) MEC Lebogang Maile has painted a bleak picture of the state of municipalities in the province.

Maile was briefing reporters on Monday about the state of Gauteng municipalities.

He said municipalities were continuously adopting unfunded budgets that could not meet their financial obligations which had a negative impact on service delivery, including their sustainability.

In addition, two municipalities, Emfuleni and Merafong have been classified as dysfunctional and are in financial distress. West Rand and Emfuleni are under administration.

Midvaal continues to outperform other municipalities in the province and Ekurhuleni is considered stable.

The criteria the Gauteng Cogta department used to classify municipalities of concern involved a combination of factors, including financial stability and servicing of debt.

A microscopic look at what drove the municipalities to the state they're in shows that financially, most are struggling to survive.

Consumers owe them a combined R79.4 billion  in the over 90-day payment window. A breakdown of the numbers shows that consumers owe R70.3 billion to municipalities for services. Businesses are responsible for R20.1 billion.

Maile said the province created a debt management committee and that his department was working on a strategy to help municipalities tailor their revenue collection for sustained growth.

However, he admitted that poor services hampered residents' willingness to pay for services and that others had no funds. Only three municipalities, Ekurhuleni, Midvaal and Lesedi, have not reported any overdue accounts.

DA-run Tshwane and Johannesburg recently made headlines with the public shaming of businesses that owed millions in unpaid municipal services.

The strategy worked for the two metros, with the cities seeing an increase in revenue collection since taking a tougher stance on debt.

The debt that residents and businesses have directly impacts the debt municipalities has with Eskom and Rand Water. Gauteng municipalities owe Eskom R9.75 billion, Maile said. With Rand Water, the picture is just as grim.

The agency is owed R3.15 billion - an increase from R2.94 billion in the previous year.

In the 2020/2021 financial year, fruitless and wasteful expenditure decreased to R23.62 billion - a R14.28 billion decline from the previous financial year.

More in this category: « Two suspects charged with murder of Kgomotso Diale to remain behind bars. SANRAL suspends payment of toll fees at uThongathi, Umvoti toll plazas. »
back to top