Friends and colleagues of GBV victims urged to speak up. 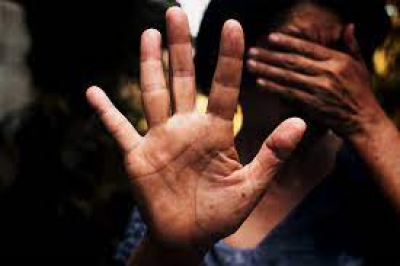 KwaZulu-Natal MEC for Social Development, Nonhlanhla Khoza, has called on friends and colleagues of gender-based violence (GBV) victims not to be silent when they become aware of GBV cases.

"A lot of innocent souls could be saved, only if those closer to the victim pay more attention before it was too late," Khoza said.

Khoza acknowledged that it might be very difficult to deal with gender-based violence victims closer to you, [as] they often hide their suffering.

"Once we notice red flags around those close to us, we should immediately seek help from professional social workers. Our social workers are well equipped to deal with cases of this nature on a daily basis.

"To have so many women dying as a result of gender-based violence is an indictment on us all as their families, friends and colleagues," the MEC said.

Khoza's remarks follow the death of a newsreader of a commercial radio station broadcasting in KwaZulu-Natal, Vuma FM, who was allegedly badly assaulted by her boyfriend last week and locked inside the house.

Thandazile Mthethwa, aged 24, died a few days after being admitted to a Durban hospital.

According to reports, Mthethwa managed to escape from the house through a window and reported the case to the Phoenix Police Station.

Due to the extent of her injuries, police made contact with her parents in Clermont, west of Durban, who decided to take her to hospital.

She succumbed to her injuries and medical professionals cited intense head injuries.

Reacting to Mthethwa's passing, Khoza said it is truly unfortunate and disturbing to learn that Mthethwa died of abuse that she had allegedly suffered for a long time at the hands of her boyfriend.

"It is with a heavy heart that we convey our deepest and most sincere condolences to the Mthethwa family that lost their daughter. Gender-based violence has robbed us of many young and bright women in this province," Khoza said.

The MEC expressed her deepest condolences to the Mthethwa family and her colleagues.

"Although we cannot return Thandazile, we demand justice for her. As it appears that she had stayed in abusive relationships for some time and alleged abuse known, we need to see the law taking its course.

"Police must arrest the alleged perpetrator as it was clear that he had a hand in Thandazile's death. We expect no delay, but this person must be jailed, prosecuted and imprisoned for life," the MEC said.

She added that such incidents are a blight on the department’s endeavours to end the scourge of gender-based violence in the province.

"We are committed to ensuring that KwaZulu-Natal province becomes peaceful where women and children are safe at all times. For us to achieve that, we need all sectors of our society to play their role in fighting incidents of abuse, gender-based violence and murder of women and children," she said.

Khoza has convened a team of social workers to provide psychosocial support to Mthethwa's family and Vuma FM employees.

More in this category: « Scopa chair Hlengwa to apologise to Mavuso after a heated confrontation. Bill for KZN floods repair stands at almost R3bn |PRASA. »
back to top