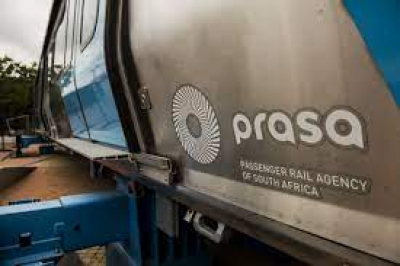 The Passenger Rail Agency of South Africa’s (PRASA) preliminary assessment of the rail infrastructure that was damaged during the floods in parts of KwaZulu-Natal has been estimated at between R2.6 billion and R2.9 billion.

"A multidisciplinary Disaster Management Response Team comprising of various divisional heads, senior managers and PRASA’s engineering team was set up to assess the extent of the damage to the rail network and develop a recovery plan," PRASA said in a statement.

This was after recent floods affected several parts of the province, wreaking havoc and causing extensive damage to the PRASA rail infrastructure leading to the suspension of train services.

Metrorail in the province has experienced substantial damage to its facilities, rail infrastructure as well as rolling stock.

"Under difficult circumstances, the team concluded its initial investigations. According to the collated data and photographic evidence of inaccessible areas, the direct cost of the recovery in the region is estimated to be between R2.6 billion and R2.9 billion," PRASA said.

The preliminary investigation identified about nine sections that have been severely affected by the floods.

However, some areas are still inaccessible, and a geotechnical and detailed design assessment and costing must be conducted once water levels have decreased and weather permits.

"As part of the team's recovery efforts, the team has divided the work into two phases: Phase 1 concerns work that needs to be performed to ensure trains are able to travel safely through the flood-affected sections, while Phase 2 focuses on the overall rehabilitation of the infrastructure.

"Additionally, the loss of fare revenue due to the suspension of train services is estimated at R50 million. This highlights the importance of the teams working quickly to restore services," PRASA said.

The work of the Disaster Management Response Team has begun in earnest.

Last week, mud, rubble, debris, water, and sewage were removed from 14 affected stations in the region as part of a clean-up campaign.

"As a consequence of the damage, commuters who rely on affordable rail transport are inconvenienced greatly, and the suspension of train services is a blow to people trying to rebuild their lives.

"Ultimately, the safety of commuters is our top priority, and services can only be resumed once all repairs have been completed and trains can run again.

"In KwaZulu-Natal, the safety of PRASA employees remains paramount, and all work will be conducted within the confines of occupational health and safety regulations," PRASA said.

Meanwhile axed Passenger Rail Agency of South Africa (Prasa) CEO Zolani Matthews will challenge the entity's latest attempt to terminate his employment, this time over an allegedly unsatisfactory performance during his probation period.

Earlier this month, arbitration proceedings found in Matthews' favour and ordered his immediate reinstatement at Prasa with backpay. Prasa plans to approach the Labour Court to have the arbitration award set aside.

This comes after Matthews was suspended and summarily dismissed by Prasa in November last year over an issue with his security clearance. The entity said Matthews carried United Kingdom citizenship which was not disclosed.

Prasa spokesperson Andiswa Makanda said the board believed that Judge Robert Nugent, who made the arbitration ruling,  "erred" in his determination.

"It is within the board's right as the aggrieved party to have the award reviewed. The review is accommodated for in the laws of our country if the other party is not satisfied with the outcome," said Makanda.

More in this category: « Friends and colleagues of GBV victims urged to speak up. South Africa to host President Embaló of Guinea Bissau on state visit. »
back to top