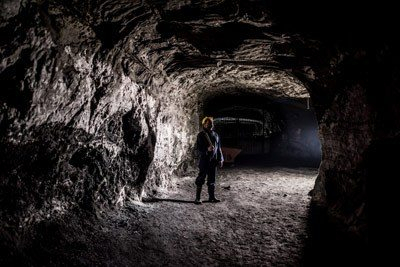 Sibanye-Stillwater strike is set to extend into a third month after unions rejected the employer's improved wage increase offer tabled earlier in April.

Seeking an end to the strike Sibanye-Stillwater amended its previous final offer to an increase of R850 more per month for entry-level Category 4 miners for each of the three years of the proposed agreement. The offer amounted to a 7.8% increase to the basic wage in year one, 7.2% in year two and 6.8% in year three.

According National Union of Mineworkers (NUM) media officer Luphert Chilwane yesterday they held a shop steward council meeting to map out the plan to engage management on the latest offer.

However Chilwane said "Our members rejected the offer. They are adamant that they want a R1,000 increase, a R100 increase in living-out allowance, and a 6% wage increase for miners, artisans and officials."

He added that they anticipate to meet with management of Sibanye next week.

"We believe our offer is fair, takes into account inflationary living costs, considers the sustainability of the South African gold operations and is in the interests of all stakeholders, "said James Wellsted, executive vice-president of investor relations and corporate affairs at Sibanye-Stillwater.

"We have made various amendments to our offer in an attempt to reach an agreement, yet organised labour has remained rigid in its demands.

Smaller unions Solidarity and Uasa accepted the previous wage offer on March 14. These smaller unions account for about 10% of the staff total in the gold operations.

Richard Cox, executive vice president for the group's SA gold operations, says workers have lost a combined R990 million as a result of the strike. The fiscus has lost R113 million in pay-as-you-earn (PAYE) income tax and salary-related levies, while even more has been forfeited in other taxes and mining royalties.

While other mining groups rode the commodity wave and agreed to fairly generous wage increases, Sibanye-Stillwater held out for a lower increase. The 2021 annual report explains the predicament the group finds itself in: it paid R26.2 billion in salaries and wages to employees in the 2021 financial year, up from R23.8 billion in 2020. That's a 10% increase, more than double consumer inflation.

All-in sustaining costs at its SA gold operations jumped 8% in 2021.

This latest offer raises the wage bill at the group’s gold operations by R1.67 billion by July 1 2023 and excludes concessions made in respect of non-wage demands.

More in this category: « Livestream: EFF leader Julius Malema will address a rally in Mamelodi. Parliament asks Concourt for an extension to finalise Electoral Act amendment. »
back to top