Corruption is undermining the gains of the democracy in South Africa. 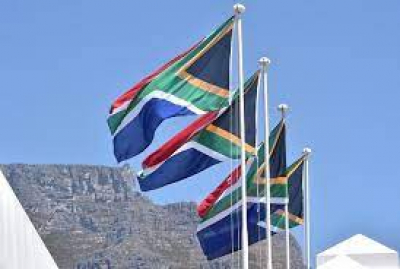 South Africa celebrates 28 years of democracy on Wednesday amid renewed questions around the gains made by the country since 1994.

In an interview with AFP, 87-year-old anti-apartheid stalwart Mac Maharaj warned that corruption risked undermining the gains of the democracy that he fought and suffered for.

"Everything shows it has lost contact with the ground," Maharaj said of the ruling African National Congress (ANC).

He was one of the party's leading figures, spending more than a decade imprisoned alongside Nelson Mandela.

Maharaj famously smuggled Mandela's autobiography "Long Walk to Freedom" out of prison and joined Mandela's cabinet after he won the first free elections on April 27, 1994.

But a judicial inquiry this year laid out an extensive web of graft and cronyism under former president Jacob Zuma that left even basic government services gutted.

Maharaj also served as Zuma's spokesman but retired in 2015, several years before his presidency was prematurely curtailed by mounting scandal.

The country is facing a moment where there is a conjunction of different crises that are all feeding into one major crisis," Maharaj said, citing graft, poverty and unemployment.

Maharaj believes that current President Cyril Ramaphosa is tackling corruption, albeit too slowly for some.

"There is real sense that under Ramaphosa, he is not doing enough, fast enough," Maharaj said.

"But what I think Cyril had done right is that in the face of these challenges of weeding out corruption, he has never overstepped the boundaries of law," he said.

"That has slowed the process."

"I hear people say they want a quicker prosecution, but we are dealing with corruption of an extremely complicated nature," he said.

The judicial inquiry laid significant blame on the Gupta family from India, accused of widespread bribery, and on American consultancy Bain, which has been forced to recant some its work and refund its fees.

The inquiry also singled out senior ANC members, which has only deepened in-fighting within a party that voters are increasingly disillusioned with.

"We have made many mistakes, and we have also moved the country forward in many respects," he said, sitting opposite a bookshelf at an upmarket house he shares with his older sister and son, on the northern outskirts of Johannesburg

This year's Freedom Day celebrations comes amid renewed concerns over rising inequality and poverty as government struggles to ignite the sluggish economy and create the jobs needed to bring down the record unemployment rate.

While the ANC continues to point to the areas of progress over the past 28 years, especially in the provision of basic services, opposition parties maintains most South Africans have little to celebrate.

Cope says the ANC’s greed, selfishness and corruption have robbed South African of their freedom.

"When millions of Black and White South Africans streamed to the voting stations in 1994 to exercise their democratic right to vote for a better life, they never knew that they were voting for hyenas and thieves," says the party’s spokesperson Dennis Bloem.

"The oppressed majority was looking forward to a better life after years of oppression, but unfortunately, they are still looking for the fulfillment of that promise.

"Crime, lawlessness and the unemployment situation coupled with the appalling living conditions in the country is a ticking time bomb that can and will explode any time."

The DA also believes much of the excitement and optimism that greeted the first democratic election have been dashed.

"We have 30 million people living in poverty, almost half our adult population are without work and there are children who are not getting a decent education," says DA leader John Steenhuisen.

"We cannot celebrate much about freedom whilst our nation remains shackled in poverty and unemployment.

"We have to focus on job creation and getting the economy moving. We need to make sure that we are a caring government and we need to do better as a country."

He was speaking at the party's Freedom Day event in Moretele View Park in Mamelodi on Wednesday. Malema focused on crime, unemployment and gender-based violence in his address.

He called on the men of the country to protect the women: "We need to protect our women because they are being killed, they are being raped in their own households where they are supposed to be safe. This freedom will never be celebrated by any woman because South Africa has declared war against women."

Malema added that freedom meant we should all be equal, despite gender or race.

He said equality also extended to having an equal share in the land and the economy.

But he said this was still not the case: "When these people went to prison and fought for us to be liberated, they said they would lead us into a promised land, into a land of milk and honey. We are stuck in a land or permanent pain."

Malema also observed a moment of silence for those who lost their lives in the floods in KZN, Eastern Cape and Western Cape.

More in this category: « Parliament asks Concourt for an extension to finalise Electoral Act amendment. UN chief Antonio Guterres announces arrival in Ukraine. »
back to top