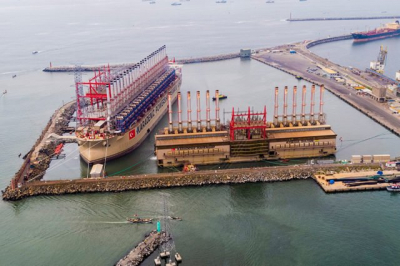 The National Energy Regulator of South Africa granted the permits to the Turkish company in September, allowing it to supply the country from three ship-mounted power plants. Progress has been stalled by another court case over the award of the contracts and Karpowership has yet to secure environmental approval or the right to moor its vessel in the country's ports.

"The law requires that Nersa acts in the best interests of the country, but the Organisation Undoing Tax Abuse believes that Nersa has failed to do so," the Johannesburg-based group said in a statement on Thursday, citing concerns over a number of matters including the price of the Karpowership contracts and its impact on the climate.

"It will take the ships at least a year to supply electricity to the SA grid — so the spin that this is something that can help us now is misleading."

The deal ties the country into a 20-year contract, costing more than R218bn, Outa said.

"If the Karpowership contract goes ahead, the price of electricity will go even higher, having a huge impact on the pockets of electricity users and SA taxpayers," the organisation argues.

The award of the contracts to allow Karpowership to supply South Africa with 1,220 megawatts of electricity from gas-fired power plants are part of an emergency program to procure 2,000 megawatts of power. The country has suffered intermittent power outages for more than a decade.

The case was filed in the Pretoria High Court on April 26.