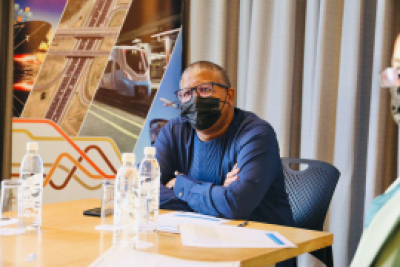 The preliminary statistics for the Easter weekend shows that the number of crashes declined by 28.6% resulting in a 31.5% decline in the number of fatalities on South African roads.

The Minister made these comments during the release of the preliminary statistics for the recent Easter weekend where he also provided an update on the driver licence extension of the grace period.

"The success we have achieved this Easter will add momentum to our efforts to reduce road fatalities by 25% by 2024.  Improving our law enforcement capability and visibility, as well as upscaling public safety campaigns will continue to gain traction.

"We have made a commitment to make a telling difference in our law enforcement interventions by ensuring that our officers act without fear or favour while maintaining constant high levels of visibility 24 hours a day, seven days a week," the Minister said at a media briefing at the Grasmere Toll Plaza.

Mbalula said all provinces recorded a decline in fatalities, except for the Western Cape and Mpumalanga.

Other provinces recorded a decline in road fatalities in the following manner:

"Our analysis shows that while the trend of fatalities per time of the day continues to show that most fatalities occur at night, a new phenomenon was noted this Easter with fatalities showing a sharp spike in the early hours of the morning between 4am and 5am," the Minister said.

This includes the bus crash that occurred on the N1 near Leeu Gamka on Good Friday.

A total of 2 395 traffic fines were issued for speeding this year compared to 5 923 last year while 3 494 motorists were fined for operating unlicensed vehicles compared to 5 677 the previous year.

Mbalula, has also encouraged all those who have yet to come forward to renew their licences to do so immediately.

"There will be no further extension of the grace period beyond this period. We will step up our law enforcement interventions in order to penalise those who wilfully disregard the law and fail to renew their expired licences, while assisting those with genuine challenges," the Minister said.

Currently, the country has a backlog of 1.3 million expired driving licence cards that have yet to be renewed.

An analysis of the backlog by age of drivers, who have not renewed their driving licence cards, shows that motorists between the ages of 25 and 50 years constitute 68% of drivers who have yet to renew their licences.

"Motorists must understand that they have to utilise their booked slots to help us tackle the backlog in a meaningful way. We urge these drivers to ensure that they honour their commitment and take up the slots, which would ordinarily have been used by others who have difficulty in finding slots closer to where they live.

More in this category: « Outa takes energy regulator to court over Karpowership licence. More than 600 schools severely affected by KZN floods. »
back to top