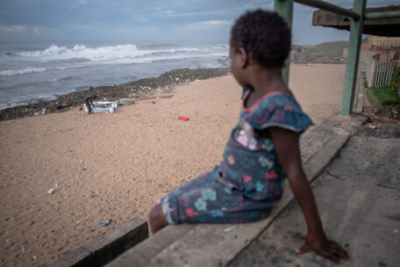 Relief efforts for those affected by the recent floods in KwaZulu-Natal are continuing, with the Social Protection, Community and Human Development Cluster especially giving thanks to the community groups that have volunteered and donated in assistance.

In a media briefing led by the Minister of Health, Dr Joe Phaahla and including Ministers of Basic Education, Angie Motshekga and Social Development, Lindiwe Zulu, the departments provided an update on the relief efforts.

The ministers in the cluster have at various times this week visited different parts of the provinces in the affected areas to assess the damage caused and to seek ways of assisting those in need.

The priority, they said, was placed on providing immediate support to women, children, older persons and persons with disabilities.

Providing a run down of the numbers, Phaahla reported that there are 98 shelters where over 8 400 people are being housed in community halls, religious facilities, and other temporary structures within communities.

"Working with the province and local municipalities, where shelters are identified, Department of Social Development (DSD) teams have been providing cooked meals, blankets and dignity packs working with NPOs, Churches, Corporates and Committee Members to displaced individuals," he said.

Community Nutrition and Development Centres (CNDCs) have also been providing this support on a daily basis with specific focus on children who have been displaced from schools and those who have lost family members or belongings.

He added that the teams have also been providing much needed psychosocial support and debriefings with families and individuals in affected communities. Social Workers have reached over 15 983 people in this regard, and these services are ongoing. Sassa has provided Social Relief Distress (SRD) to more than 3 000 people to the tune of almost R5 million, and purchased uniforms for learners to the value of R372 000 targeting flood victims in eThekwini and iLembe Districts.

Women, Youth and Persons With Disabilities

Phaahla said that Women, youth and persons with disabilities as particularly vulnerable groups will be most impacted by shortages, in their homes and in their businesses.

He said that the Department Women, youth and persons with disabilities is facilitating the rollout of Women’s Economic Assembly (WECONA) to provinces.

"KZN is a priority. WECONA Executive is developing a programme of action in an effort to enlist assistance to women and children who are victims of the floods," he said.

He said that a donation of shipping containers has been secured from Transnet and they will work with the Solidarity Fund and National Empowerment Fund on how best to allocate them to cater to women and children in need of shelter services.

He said that issues of school infrastructure also come to the fore with respect to water supply, sanitation and hygiene.

"We are also going to contribute sanitary pads to KZN to assist flood victims. Plans are advanced in terms of ensuring that the donation reaches displaced and deserving women and girls affected by the floods, working closely with the department of social development to ensure effective distribution in this regard."

He said that a distribution mechanism will be put in place to ensure women in need get access to these personal hygiene products.

A total of 66 health facilities were affected by the heavy downpours resulting in mainly roof leaks and flooding.

The breakdown of affected facilities per district is as follows: eThekwini 24, Ugu 15, uMgungundlovu, 9, iLembe 8 and King Cetshwayo 2.

"There has been minimal disruption to health care services in the most affected districts. The cost estimate for the repairs is in the region of R185 million. These assessments are subject to revisions, "Phaahla said.

Healthcare services continue to be rendered to displaced communities that are currently sheltered in community halls including ensuring the dispensing of chronic medication.

Water has been partially restored in some facilities but others are still supplied through water tankers.

He said that there is a challenge at Prince Mshiyeni where the reservoirs cannot be filled due to incompatible coupling between tanker and reservoir. The challenges are currently being addressed.

He said that the Ugu District is not exempt from load shedding, which is affecting water supply.

The Minister announced that 363 post-mortems have been conducted to date.

"An additional seven sessional pathologists were brought in to expedite the post-mortems. All deaths because of the heavy rainfall and subsequent flooding are determined to be unnatural. As such, in terms of the law, there is a legal obligation as government to conduct these post-mortems," he said.