Livestream: Cosatu hosting its May Day celebrations in Rustenburg. 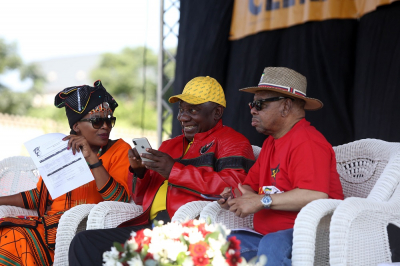 He will share the stage with the labour federation's President Zingiswa Losi and the SACP General-Secretary Dr Blade Nzimande.

Workers' Day also known as International Labour Day, is celebrated on May the 1st every year in most countries, including South Africa.

More in this category: « The working class in South Africa continues to struggle |Unions. Russia's war is turbocharging the world's addiction to coal. »
back to top