Group of ANC members heads to court over irregularities at EC conference. 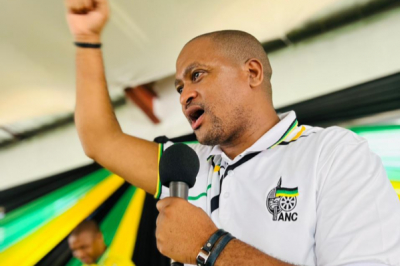 A group of disgruntled ANC members in the Doctor WB Rubusana Region in the Eastern Cape are heading to court.

Litigants claim irregularities occurred in the run up to the conference however the intention is not to derail the conference but to abide by the court ruling in April.

They allege that branches in the WB Rubusana Metro registered for the conference despite an April court order preventing this.

Among their grievances were the branch meetings that showed deceased party members and a member who is in jail who were recorded to have been participants in meetings.

Judge Nozuko Mjali, who presided over the urgent matter, ruled in favour of the applicants in granting the court interdict and ordered the regional task team and the provincial task team of the ANC in the province to pay the costs.

On Friday evening another attempt to meet between deployees from the national executive committee (NEC) and the provincial task team (PTT) was postponed.

This was the sixth PTT meeting in just over two days, where issues around the Dr WB Rubusana (Buffalo City) and Chris Hani (Komani and surrounds) regions lingered without a resolution on the horizon.

A total of 47 branches, representing over 100 delegates, were affected by allegations of manipulation of processes. These branches' voting status remains at the heart of internal dispute as they could sway the conference in either direction.

Those branches have mostly linked to Oscar Mabuyane who's making a bid to return to the helm of the party in the province.

The Eastern Cape premier and his lobbyists at both provincial and national level have been pushing to have the affected branches condoned when voting eventually takes place.

However, his one-time all now turned opponent, Babalo Madikizela and his supporters want the affected branches to be quarantined.

The ANC's national dispute resolution committee has had its hands full with the issue - even calling for a last-minute re-run of branch general meetings (BGMs) on Friday as delegates from other regions were already busy with registration for the provincial conference in East London.

ANC NEC deployee in the province, Aaron Motsoaledi said on Saturday the disputes were concluded on Friday evening.

This was the deadline set to finalise the disputes before the conference gets down to its business on Saturday, which is currently in full swing.

More in this category: « Eskom suspends load-shedding but warns consumers to use electricity sparingly. Mantashe laments manipulation of the outcome at the EC conference. »
back to top