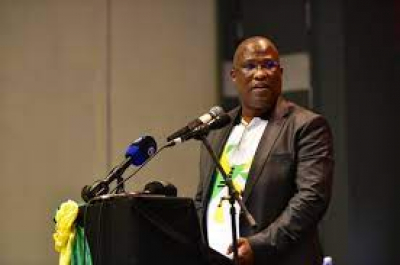 Oscar Mabuyane, the convener of the provincial task team announced last night that ANC Eastern Cape elective conference has been extended to Monday due to delays on Saturday.

Mabuyane said today delegates will be dealing with policy issues, adoption of credentials and the election of the new provincial leadership.

"We call on all delegates to be calm, engage on whatever they engage on, actually we have taken to deal with credentials in terms of cleaning up wherein the secretary of regions were involved themselves. I don't think there is much that will come up, but we want to appeal to everyone that let the ANC proceed with its work today, said Mabuyane.

President Cyril Ramaphosa is scheduled to come and close the conference by Monday," said Mabuyane. He also said the election of provincial leaders would commence on Sunday.

Mabuyane also welcomed the court decision, saying it was sending a message to people who go to court to resolve disputes.

He said the application by these members was trying to prevent the whole region from taking part in the conference.

This comes after the conference had been beset with problems over the past two months, when it was postponed.

The party had an urgent meeting with the ANC's national executive committee members a few days before the conference started on some of the issues that needed to be ironed out.

When the ANC conference started on Saturday, some of the members from the Dr WB Rubusana region went to court on an urgent basis.

The court dismissed the application, allowing delegates from the branches to continue with the conference.

Mabuyane said the judgment was giving them the green light to continue.

"We welcome the court judgment and we believe it is sending a clear message to everyone that this is a conference that must sit with the branches of the ANC, given a chance to fairly participate.

Mabuyane also said when lobby groups for leaders campaigning for party positions continued to operate after the conference they became factions.

Factions posed a danger of dividing the ANC.

He said this practice must be stopped and when the delegates elected new leaders for the province they should focus on building the ANC.

"On Sunday after this conference, all lobby groups must cease to exist. The leadership to be elected must lead all members of the ANC," he said.

Mabuyane also warned that the party must not lose focus as it began to prepare for the 2024 national and provincial elections.

He said the ANC was under siege from the opposition parties who wanted to wrest power from it in the next polls.

The movement is under siege from the opposition parties. They are smelling blood ahead of 2024. If the ANC is dislodged, the NDR (National Democratic Revolution) will be in jeopardy," said Mabuyane.

He also spoke about the challenges that his provincial government had faced over the last three years and He said more still needed to be done, but there had been some progress in some areas.

Mabuyane is facing a contest from former provincial treasurer Babalo Madikizela. Madikizela had made claims of vote-buying by the other faction at the conference.

But Mabuyane denied that there would be any vote-buying.

When it started, provincial leaders called for tolerance among the delegates saying they did not want the repeat of the 2017 conference, where chairs were used to attack other delegates.