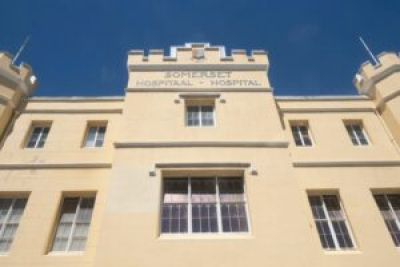 A 32-year-old constable stationed at Sea Point police station has died after being seriously wounded in a shooting at New Somerset Hospital in Cape Town on Saturday evening.

The deceased was escorting a patient and was in a cubicle when he heard an altercation in another cubicle of a surgical ward.

This comes after the suspect grabbed a police officer's gun and fired several shots.

Spokesperson Brigadier Novela Potelwa indicated that the death of the officer was confirmed by the hospital that admitted him.

According to police, the suspect had been taken to the hospital for medical attention when the officer had his gun taken from him."

"Reports from the scene indicate that Sea Point police had taken a 35-year-old suspect to Somerset hospital for medical attention when a man in the ward grabbed the firearm of a police official and shot him through the head," SAPS said in a statement.

According to Western Cape Provincial MEC of Health Nomafrench Mbombo, patients are undergoing counselling after witnessing the incident.

Mbombo confirmed that there were 26 patients in the cubicle during the altercation.

Mbombo said a female nurse was able to sedate the patient in order to recover the firearm.

Western Cape premier Allan Winde described the incident as disturbing, as the medical staff is traumatised.

"It’s very unfortunate that patients lost their lives in a facility where we are caring for them," Winde said.

According to the premier, the killer had been discharged from the hospital and was waiting for an ambulance to take him home when he grabbed the firearm from the police official.

The alleged shooter was taken to Cape Town Central police station and police have yet to confirm the first court appearance of the shooter.