King Misuzulu is in no rush to be coronated, warns naysayers. 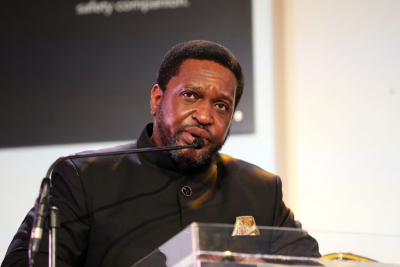 Zulu King Misuzulu kaZwelithini has reassured his supporters and warned his naysayers against listening to claims that he will be removed from the throne.

The king spoke at an event held to commemorate the one-year anniversary of his mother's passing held at her Kwakhangelamankengane royal palace in Nongoma on Saturday.

King Misuzulu was supposed to be crowned earlier this year after he was recognised by President Cyril Ramaphosa as the rightful king.

However, he advised that the event be postponed following the devastating floods in his home province in recent weeks.

King Misuzulu said the time should be used to mourn those who lost their lives in the recent floods in KwaZulu-Natal and the Eastern Cape.

This delay in his official coronation has caused some concern that he is giving his detractors more time to challenge the legitimacy of his ascension to the throne, however, the King jokingly dismissed these concerns in his address.

He also said the date of his coronation would be announced in due time.

His late mother queen Mantfombi Dlamini Zulu was announced as queen regent shortly after her husband king Zwelithini's death last year but she wanted her firstborn son – King Misuzulu – to take over instead.

The day also marked a year since the soon-to-be crowned king took to the throne.

King Zwelithini paid a fabulous bride price of around 300 cattle to take her as his third wife in 1977, cementing her senior status among his queens. The couple had eight children together.

She died suddenly on April 29 after spending the last few years in and out of hospital.

But despite no evidence of foul play rumours have swirled that she was poisoned.

Days after the king's death, his siblings, Princess Thembi and Prince Mbonisi, held secret meetings at the palace - they were apparently not in favour of Mantfombi serving as regent.

More in this category: « Distrust in South African state puts charity at relief forefront. ActionSA appoints new leadership in run-up to 2024 elections »
back to top