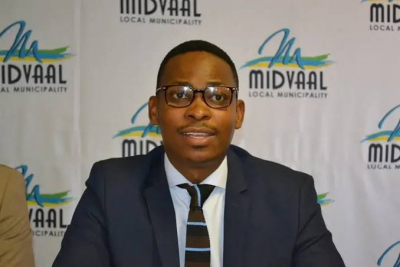 ActionSA's senate has made two key leadership appointments, with John Moodey taking over the role of national director of operations and former mayor of Midvaal and ActionSA senator Bongani Baloyi being appointed as the Gauteng provincial chairperson in his place.

This was announced by ActionSA leader Herman Mashaba on Sunday morning.

Moodey is taking over the role from Funzi Ngobeni, who serves as MMC for transport in the City of Johannesburg and ActionSA's caucus leader in the municipality.

"Moodey is essential to the work of supporting our provincial structures in achieving ActionSA’s national objective of wall-to-wall branches across South Africa by the end of 2022," said Mashaba.

"It is no secret that Baloyi is the likely ActionSA Gauteng premier candidate, and the senate has seen the strategic importance of his leadership over the province ahead of this all-important provincial election in 2024, added Mashaba."

Mashaba said the appointments form part of ActionSA's structural alignment to deliver on the party's strategy for the 2024 national and provincial elections.

More in this category: « King Misuzulu is in no rush to be coronated, warns naysayers. Nigerian airlines suspend flights over soaring jet fuel prices. »
back to top