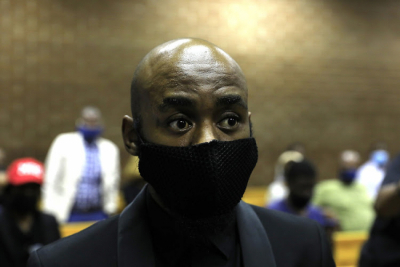 The Johannesburg High Court has postponed the sentencing of Ntuthuko Shoba in the Tshegofatso Pule murder trial.

Shoba appeared briefly in the high court in Johannesburg on Tuesday morning.

The state and defence on Tuesday were expected to begin arguments in the sentencing proceedings against convicted killer Shoba.

However, the defence requested a postponement because a pre-sentence report was incomplete.

Acting High Court Judge Stuart Wilson granted the deferment after the state and defence reached an agreement on the matter.

Judge Wilson said all the pre-sentencing reports should be ready by 28 July, adding that he would need a "fairly detailed explanation" if a further postponement is requested.

Postponements of this nature in matters like this are not ideal, especially given what's at stake for Shoba and the other interested parties.

"So, I will expect the matter to proceed with the necessary documents on 28 July 2022," Wilson said.

Pule was eight months pregnant when she was found dead in June 2020, with a single gunshot wound, hanging from a tree in Durban Deep, Roodepoort, west of Johannesburg.

Shoba was caught after the hitman he hired, Muzikayise Malephane, was arrested. Malephane confessed to the crime and implicated Shoba as the mastermind, saying he had wanted Pule killed because he was afraid his fiancée would find out about his affair with Pule.

Malephane pleaded guilty to the murder and is currently serving 20 years in prison after being sentenced in February 2021.

More in this category: « Government allocates R22 million to install 100-metre tall flag. The court dismisses the government’s application to appeal Afriforum interdict. »
back to top